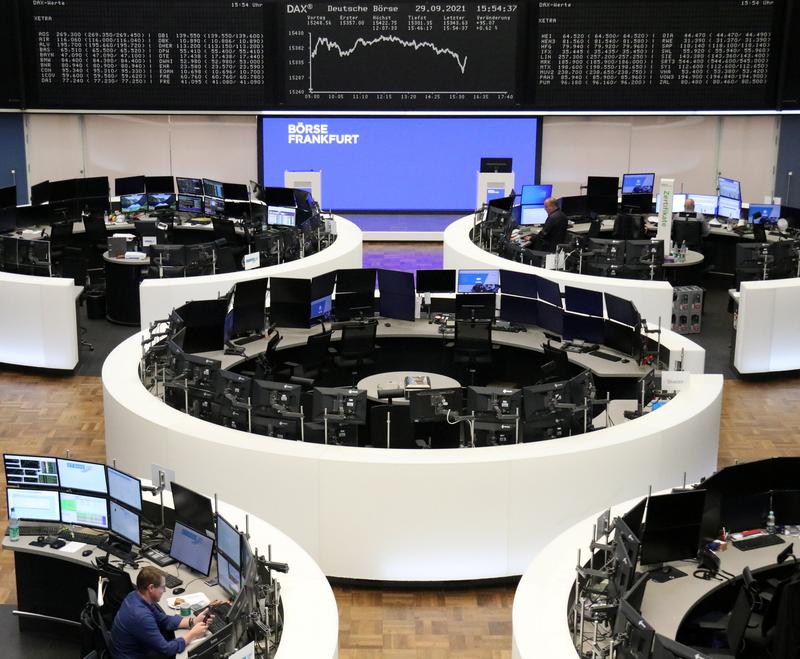 The pan-European STOXX 600 index gained 0.4% after closing at its lowest level since July 21 in the previous session.

Asian stocks fell to their lowest level in nearly a year amid concerns over slowing growth and rising inflation, after a weak end of the day on Wall Street that saw a sell off in Big Tech and other growth stocks. [MKTS/GLOB]

Italy’s Unicredit, France’s Crédit Agricole and Britain’s Lloyds Banking Group rose 2.2% to 3.3% after the US banking index hit a record high on Monday.

“But there are big questions about how the economy is really rebounding, and cost pressures are wreaking havoc on businesses and consumers,” Hewson said.

Business growth in the euro area slowed in September as supply issues limited activity, while high inflationary pressures weighed on demand, according to the IHS Markit survey.

Investors are now awaiting US employment data on Friday for signs of the Federal Reserve’s declining asset purchase schedule.

Infineon Technologies gained 1.6% after confirming revenue for 2021 and said it expects results to rise further next year as demand for power chips for cars, data centers and renewable energy production is skyrocketing.

Reporting by Sruthi Shankar and Anisha Sircar in Bengaluru; Edited by Sriraj Kalluvila and Ramakrishnan M.