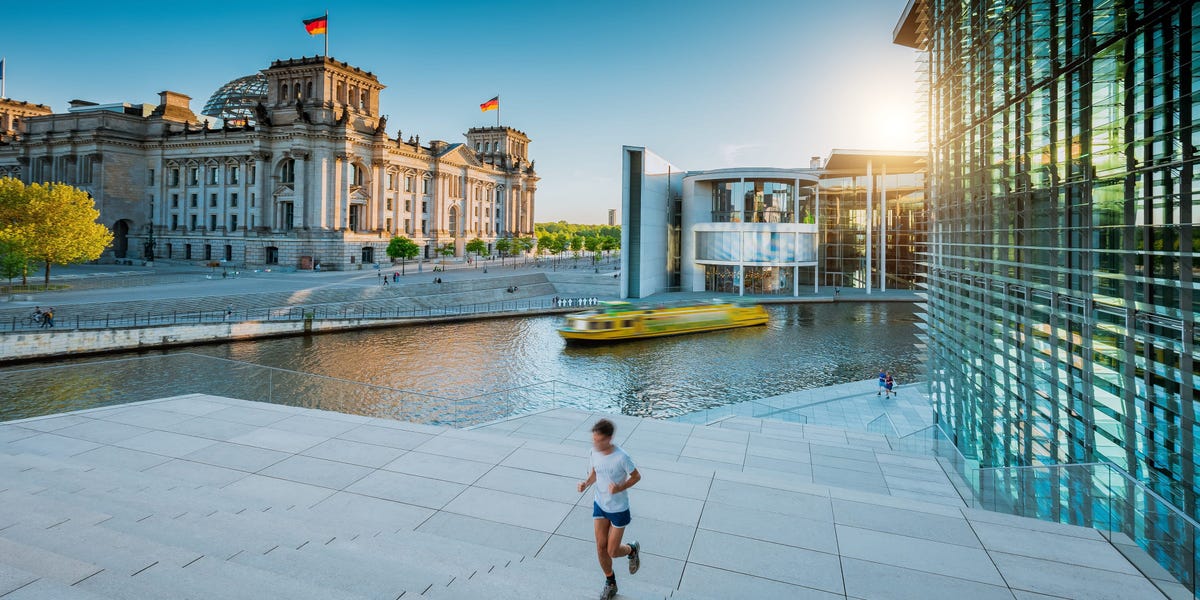 Berlin is a center of success for manufacturing, technology and finance

In 1974, when Berlin’s Tegel Airport opened, it could handle around 2.5 million passengers per year. By the time it was ready to close in 2020, more than 24 million people flocked to the airport each year.

As Berlin’s popularity steadily increased – it is a thriving destination for tourism, business, science and technology – Tegel became a victim of the city’s success. Berlin Brandenburg’s new airport is said to be able to accommodate up to 58 million annual visitors by 2040, a sign of the times if ever there was one.

But Tegel’s legacy will live on. In the coming years, the site will be developed – to the tune of approximately $ 9.5 billion – into a technology hub just 20 minutes from the city center.

Named “Berlin TXL – The Urban Tech Republic”, it will house up to 1,000 companies large and small, with around 20,000 people working in research, development and production.

Meanwhile, a little further from Berlin, Tesla is investing $ 11 billion in its new Gigafactory and European battery factory, receiving up to $ 1.9 billion in government subsidies and creating at least 14,000 new jobs. The fact that the American company chose the German capital region over London and other major cities for its European base speaks volumes. “Berlin is rocking,” said Elon Musk, CEO of Tesla, when the new facility was announced in 2019. “I often come to Berlin.

These two projects form a sort of “technological halo” which is built around a city already described as one of the the places to be in science, research and technology.

As COVID-19 dented the fortunes of cities around the world, Berlin’s economy, with its robust science, digital and technology sectors, suffered a decline of just 1.4%.

A global influx of talent, drawn to the city because of its reputation as a hub of innovation, has allowed Berlin to surpass even its wildest expectations.

Today, the city where Albert Einstein once you come to work continues to excel in digital technology, scientific research and innovation – and in ways that welcome to all. “Not only the city itself, but above all its scientific community has become very international”, said Günter M. Ziegler, the president of the Freie Universität Berlin. “It’s easy to be a part of it.”

Young talents, renowned scientists and ambitious academics put a face to the innovative side of Berlin through inspiration City of Brain Berlin campaign. The “Brains of Berlin,” as the participants are called, act as ambassadors of the city’s scientific landscape – although no hard sell is necessary when you can boast of being the one. 1st city for startups in Germany.

Funding is pouring in. The first half of 2021 set a record for inbound venture capital, with $ 4.8 billion raised in 263 rounds, more than half of the total for Germany. Some of the biggest headlines went to the billion-dollar investment announced by Grover, a Berlin-based consumer tech subscription startup, in July.

FinTech is particularly well represented in Berlin, and in 2018 and 2019, Berlin fintechs attracted 70% of all investments in German fintechs for the period. The city’s vibe is said to be more laid-back and multicultural than Frankfurt and its old-fashioned banking institutions – one possible reason Berlin is attracting the vibrant, digital-savvy community that fintech startups need.

Like Vlad Yatsenko, co-founder of Revolut, noted when announcing the company’s tech hub in the city in 2019, “there is an incredible amount of tech talent in Berlin.”

In terms of fintech financing, Berlin recently climbed to fifth place in the world. The city is also attracting global interest as a place to see in the fields of AI, blockchain and quantum technologies. It certainly helps that there are over 100 research organizations in Berlin, including 11 public universities and around 30 private universities.

Ultimately, from Tesla’s $ 700 billion, our most disruptive and innovative companies are united by a desire to change the world. that of Berlin economic policy has been to establish capital as a matter of course for companies that want to change the paradigm. It is a city where science, technology, ambition and talent all thrive.

However, newcomers to a city always need a guide – this is where Berlin partner comes into play. A unique public-private partnership, Berlin Partner offers business and technology support to companies, investors and scientific institutions looking to make waves in the city. The Berlin Partner Network offers businesses the opportunity to connect with over 230 partners and share knowledge and contacts, implement joint public relations and marketing efforts, and more. Network members also have direct access to decision makers from all sectors.

Strong partnerships are essential for entrepreneurs and businesses. Berlin Partner is there for those who want to make a difference and make the most of Berlin.