HERE IS THE OFFER – We know that President Joe Biden and a group of senators have agreed on something this week. We also know that the deal may be on the verge of collapse. But what is much less clear is what the president and senators have agreed to do together, albeit briefly. Nightly turned to Transportation Editor Kathryn A. Wolfe to detail the details of the infrastructure deal – if in fact you can still call it that – on Slack today. This conversation has been edited.

Why is it so difficult to understand what is really in this bill?

It is still extremely vague. There are basically giant pots of money for large estates. For example, public transit is pegged at $ 49 billion, electric vehicle infrastructure at $ 7.5 billion (which probably matches things like charging station infrastructure). Roads, highways and what they call “other projects” make up the biggest jackpot at $ 109 billion.

Then there are other big pots for things like water infrastructure – helping places like Flint with lead issues, or even just fixing our decrepit water and sewer infrastructure. There’s also $ 65 billion to expand broadband in places that don’t currently have it.

There are also pots of money for things like the power grid, which of course we have seen major failures and problems in the South and West, and then things like “resilience” which hardens our. infrastructure against climate change, in the broad sense. .

Who decides how this money is spent? Congress? Federal agencies? States?

A lot will be made clear when the bill is drafted, but some of it will almost certainly take the form of grants, which could be given to states or cities if they meet certain criteria – in the same way. that subsidy programs are currently being administered. .

We also have a formula now for how, say, the federal money for roads, highways, and bridges is distributed, and it is possible that some could be applied to that formula. This is essentially a transfer or block grant to state DOTs. And the formula is super complicated, depending on a lot of factors like size, population etc.

How is it all paid for?

So they put together a list of pay-fors, but some of them are a bit fantastic. I think most expert observers don’t think this will really, fully compensate for what the bill will cost the federal government. Which means that the rest will be covered by deficit spending

There is also $ 20 billion for a “funding authority”, which looks like an infrastructure bank. This concept has been around for a long time and has never really caught on. But the idea is to seed the bank with the initial money, then use it to raise other capital to finance projects that it deems worthy.

Do you think the existing problems with infrastructure, say a bridge collapse, could move lawmakers?

There was a bridge collapse here in DC just as lawmakers were putting it all together, but the cause wasn’t that the bridge was run down (although it looks like it was in fact decrepit) – the cause was that a large truck had entered it. So it quickly disappeared.

Politically speaking, we have to react quickly to disasters, otherwise attention fades and with it political will. There was the case of a bridge collapse in Minnesota in 2007, when the late Jim Oberstar was president of T&I and was working on a surface transportation bill. He told me he was in favor of increasing the gasoline tax and was about to go to the ground with it.

Except Congress took a break and when they came back the time was over. He was still sad about it even years later. I think he told me this story five times.

Welcome to POLITICO Nightly. Contact us with news, tips and ideas on [email protected], or on Twitter at @renurayasam.

A message from Amazon:

Amazon has seen the impact that $ 15 can have. Learn more.

– At the border, Harris says she is focusing on the “root causes” of migration: Vice President Kamala Harris has repeatedly stressed her focus on the “root causes” of immigration during her visit to the US-Mexico border today, an event that came after Republicans l ‘continually criticized for not making the trip earlier in her tenure. Harris, who has been tasked with diplomatic efforts to stem the flow of migrants arriving at the southern border, visited Guatemala and Mexico earlier this month. The US-Mexico border has recently seen an increase in arrivals, and Harris advised migrants “not to come” during a speech in Guatemala.

– Trudeau: “Canadians are horrified and ashamed”: Prime Minister Justin Trudeau apologized to Cowessess First Nation today after learning that 751 anonymous graves have been discovered at the site of the former Marieval Indian Residential School in Saskatchewan. The shocking discovery revealed on Thursday was just the latest reminder of Canada’s mistreatment of Indigenous peoples – a deadly story and a lasting legacy that a federal inquiry called genocide in 2019.

– Government report cannot explain UFOs, but offers no evidence of extraterrestrials: A new intelligence report sent to Congress today concludes that virtually all of the 144 unidentified flying object sightings documented by the military since 2004 are of unknown origin, in an extremely rare public account of US government data on UFOs which are likely to fuel further speculation on phenomena that the intelligence community has long struggled to understand. The report – the government’s first unclassified assessment in half a century – offers no definitive answer on who or what may operate a variety of aircraft that in some cases appear to challenge known aerodynamic characteristics, and that officials believe pose a threat to national security.

– Garland supports legislation to end subpoenas for journalists’ files: Attorney General Merrick Garland endorsed the idea of ​​legislation to permanently ban federal prosecutors from subpoenaing journalists or their telephone or electronic recordings in federal investigations, but he did not announce an official endorsement on behalf of the Biden administration. At a press conference at Justice Department headquarters today, Garland reiterated that he plans both an informal directive and new regulations to implement the policy change he announced in the month. last ending these requests.

EUROPE’S POST-MERKEL ERA BEGINS – The German elections are in three months, but in Brussels, the post-Merkel era has begun. And – to anyone’s surprise – it’s not pretty, Jacopo Barigazzi and David M. Herszenhorn write.

For Angela Merkel, German Chancellor and the oldest person around the EU leaders table, the summit that ended today was almost certainly not her last European Council – it will probably always be a German interim leader at EU meetings in October, as coalition talks at home determine her successor. But the impending retirement of the EU intermediary arbiter was already palpable this week, as leaders abandoned their political politeness to implore Viktor Orbán to drop an anti-LGBTQ + law.

And the main fighters in the room were just the next oldest European leaders: Dutchman Mark Rutte and Hungarian Orbán, both in power since 2010.

Rutte and Orbán clashed fiercely over LGBTQ + rights on Thursday evening, with the Dutch prime minister even going so far as to suggest that Hungary should simply leave the EU if it cannot respect fundamental rights and freedoms. And while the argument pointedly revolved around Hungary’s new measures, it represented the start of a broader battle over EU values, and one that will shape the voice of the EU once Merkel leaves – Rutte, a liberal socially progressive, or Orbán, the self-proclaimed champion of illiberal Christian democracy. 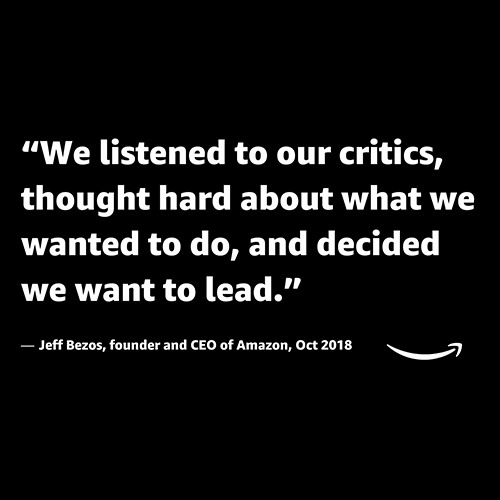 The number of years in prison to which Derek Chauvin, the former Minneapolis cop who murdered George Floyd last year, was sentenced today. In his ruling, Hennepin County Judge Peter Cahill cited the ex-officer’s abuse of a position of trust and authority and particular cruelty to Floyd.

CONGRESS SUMMER MOLDING – The longest day of the year gave farmers more time to work their crops, and Matt Wuerker more time to find the best political satire and the best cartoons for The Weekend Wrap, including on the increase in aerial violence, the various negotiations taking place on the Hill, and the debate around critical race theory.

EU VISIONS ON RUSSIA MIX – French President Emmanuel Macron believes his fellow Polish and Baltic leaders are Russophobic and insist on an unnecessarily harsh policy towards Moscow out of inappropriate paranoia.

The leaders of Warsaw, Tallinn, Riga and Vilnius, on the other hand, see themselves as Russian-realists and the French president as dangerously deceived in his soft approach to President Vladimir Putin.

In Paris, malicious activities such as electoral interference or extra-territorial assassinations are part of a more complex relationship with Russia, a country which is also the land of the ballet and the Hermitage museum, and an obvious supplier of caviar. , perfect accompaniment to champagne, David M. Herszenhorn writes.

But in central and eastern Europe, Russia is behind the violence that has prompted hundreds of thousands of Ukrainians to migrate to neighboring countries. Poland lives with heavy militarization in Russia’s neighboring Kaliningrad region, while the Baltic countries provide shelter to opposition political leaders and journalists who have fled potential persecution, including staff from news sites like Meduza, or the allies of imprisoned anti-corruption activist Alexei Navalny.

These conflicting views were brought to light this week as Macron and German Chancellor Angela Merkel pressed for a new Russian policy, only to be brutally pushed back.

A message from Amazon:

It wasn’t just Amazon employees who noticed the immediate benefit of increasing their starting pay to at least $ 15 an hour – a new study from the University of California-Berkeley and the University Brandeis revealed that when Amazon raised wages, the average hourly wage in the surrounding area increased by 4.7% that other employers have followed their example. Learn more about what else the research has found.

Has someone forwarded this email to you? Register here.