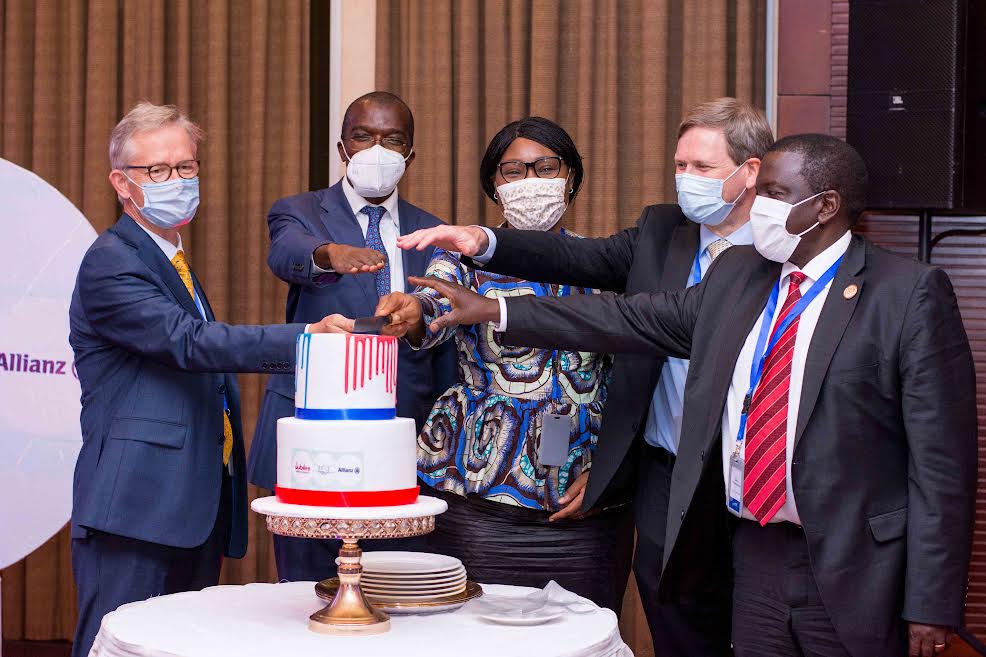 The acquisition follows an agreement with Jubilee Holdings Limited to sell 66% of the company’s short-term general activities (damages and liability) to the German insurer, in five East African countries including Uganda , Kenya, Tanzania, Burundi and Mauritius.

According to Jubilee Insurance Regional Managing Director Julius Kipmg’tich, all approvals from the Insurance Regulatory Authority have been granted and the merged entity will now be awarded by Jubilee -Allianz General Insurance.

He said the new marriage, forged in September last year, will see increased risk-taking, due to a larger balance sheet, provided by majority shareholder, Allianz.

He added that service delivery, innovation and competition in the sector are expected to increase a notch given the arrival of a rich and experienced global player in the local market.

According to Kipmg’tich, Uganda boasts of a number of opportunities in minerals, oil and gas, agriculture and other natural resources, in addition to peace and stability, with a fast growing economy hence the need for partnerships to cover emerging risks.

“The potential of this economy is huge and the risks are therefore high, requiring coverage. This is why we have partnered with a bigger entity to be able to provide better service, ”he said at the launch of the partnership on Tuesday.

He said that at present, there is a need to create low cost insurance products to trap the micro, small and medium enterprises (SMEs) that make up the bulk of Ugandan businesses.

German Ambassador Matthias Schauer praised the acquisition which he said will further increase the influence of German businesses and investments in the country.

He said the investment of around 100 million euros (sh413b) was by far the largest made by a German company in East Africa in the last century.

He said this investment is a testament to the good business environment in East Africa and Uganda’s vibrant economy with a growing middle class.

“As the economy grows more and more risks arise that require insurance to be purchased, and I’m happy to see a German company come into the country to do just that,” he said. .

Delphine Traoré, regional operations manager for Allianz Africa, said the global insurer was drawn to Uganda by the high standards of regulation in the sector.

“We have also been courted by the booming agricultural sector, the oil sector and many ongoing infrastructure projects in Uganda whose risks need to be covered,” she said.

She also referred to Uganda’s low penetration which she said is a big attraction for investors as it indicates good ground for investing.

She said the company will also focus on agricultural insurance, given that Uganda is one of the countries with a large part of arable land, where the need for microinsurance remains a key area of ​​growth.

The chief executive of the insurance regulator, Alhajj Ibrahim Kadunabbi Lubega, said the merger shows confidence in the Ugandan insurance sector and the bright future it holds.

He said the sector has continued to grow, despite economic disruptions linked to Covid-19, having recorded 19% growth in 2020.

“I am also happy that our high regulatory standards are paying off with the arrival of these great players. The growth of this market is unstoppable, ”he said.