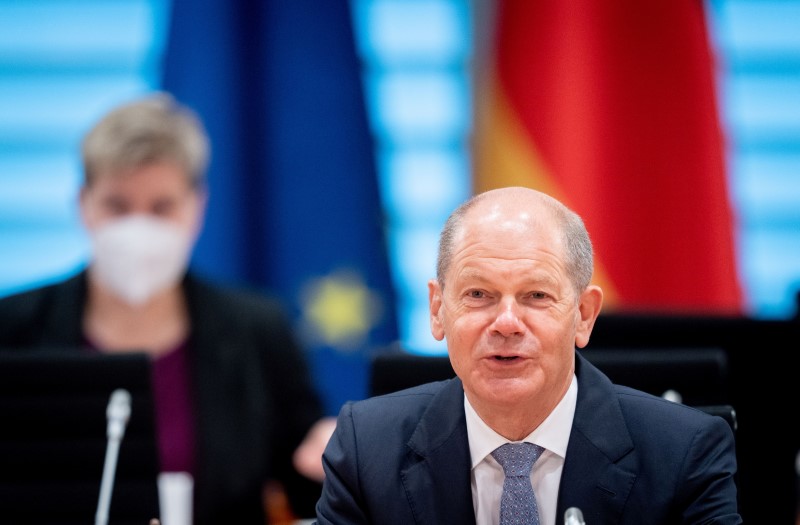 The INSA poll for Bild am Sonntag put support for the Social Democratic Party (SPD) at 18%, pointing for the first time in this year’s election campaign to a majority for a three-way coalition led by the left-leaning party.

The Greens were also at 18%, and the business-friendly Free Democrats (FDP) at 12%, the poll showed.

Together, the three would have 48% support and a majority for a “traffic light” coalition, so-called after their respective colors, as support for other parties totaled 8%. Parties must surpass a 5% threshold to win seats in parliament.

The poll put support for Chancellor Angela Merkel’s conservatives at 26%. The far-right AfD was at 11% and the leftist Linke at 7%. Merkel, in power since 2005, plans to stand down after the election.

Armin Laschet, the conservative candidate to succeed Merkel as chancellor, has suffered a slump in support after he was seen laughing on a visit to a flood-stricken town. The SPD has gone on the attack, scenting a chance to win. Read more.

The INSA poll showed that in a hypothetical direct vote for chancellor, the SPD’s candidate Olaf Scholz was well ahead, with 27% support – a five point gain from the previous week.

Laschet languished on 14%, one point ahead of the Greens’ candidate, Annalena Baerbock, on 13%.

The Greens presented an “emergency climate protection program” on Tuesday, aiming to reset their national election campaign after a raft of mistakes squandered their early surge in opinion polls. Read more.

Nord Stream 2 could be Ukraine’s silver lining. Canada can help.