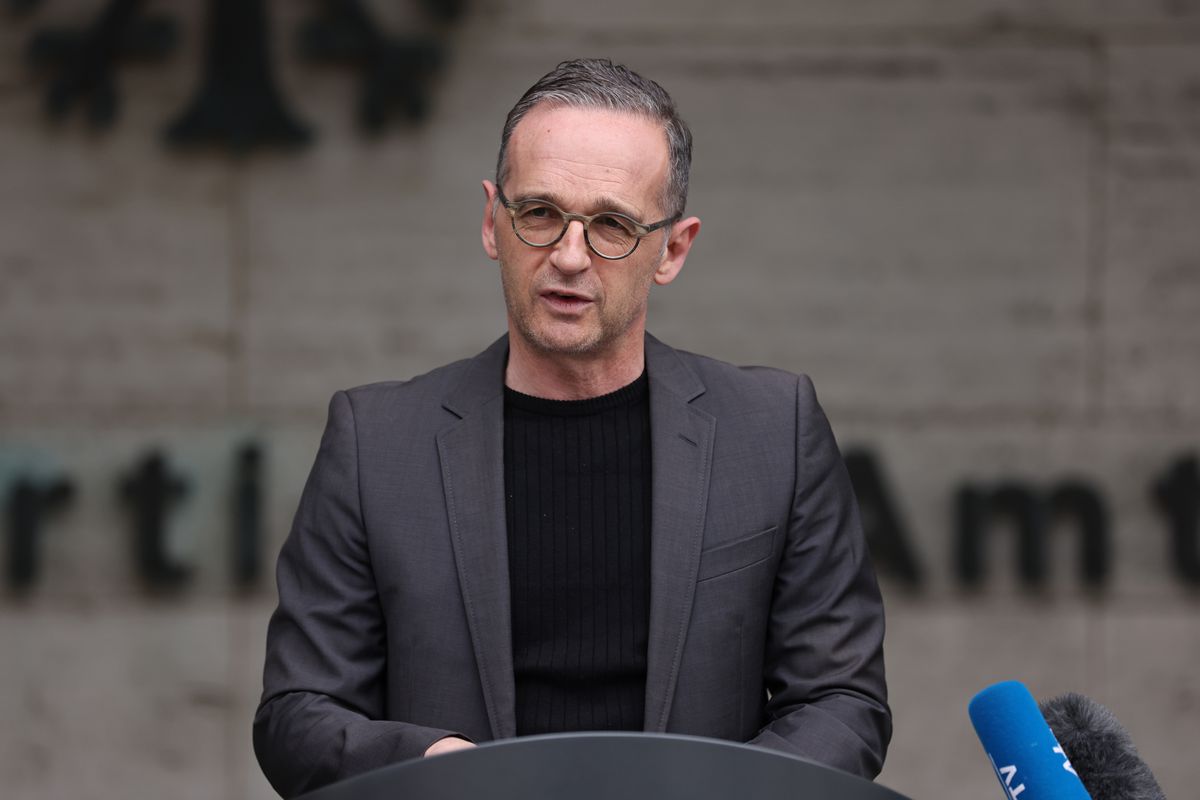 
It started with an extermination order from a German commander, vowing to destroy the Herero people who had rebelled against German colonial rule in southwest Africa.

“This nation must disappear from the face of the Earth,” General Lothar von Trotha told his soldiers in 1904 as they forced the people to starve in the desert. Tens of thousands of people quickly perished as a result of bullets, hunger, thirst or slave labor in concentration camps.

Almost 120 years later, the German government officially admits for the first time that the massacres were genocide – and pledges about $ 1.6 billion in development assistance to Namibia as a “gesture of recognition” of the suffering endured by Namibia. victims.

“We will now officially qualify these events for what they are from today’s point of view: genocide,” German Foreign Minister Heiko Maas said in a statement on Friday.

The atrocities of the German colonial era must be recognized “bluntly and without euphemisms”, he added. “… In light of Germany’s historical and moral responsibility, we will ask forgiveness from Namibia and the descendants of the victims.”

The declaration and financial agreement between the governments of Germany and Namibia was the culmination of six years of negotiations.

But the German government has not promised any individual redress or formal legal compensation to Namibia. Herero activists said the deal was far from enough and some have launched protests and petitions against it.

About 65,000 Herero people and about 10,000 Nama people died in the 1904-1908 German military assault on the country now known as Namibia, after an uprising by those who had lost their land and livestock to the colonial authorities.

In their 2011 book Kaiser’s Holocaust, historians David Olusoga and Casper Erichsen concluded that German tactics in South West Africa had a significant influence on Nazi ideology in the 1930s and 1940s.

Among the parallels in both periods were the use of concentration camps, racial experimentation by scientists, bureaucratized murder with meticulous record keeping, and the tactics of killing civilians in the camps. Many German veterans and scientists who started their careers in the genocide became influential leaders during the Nazi era.

Colonial forces brought skulls and other human remains from South West Africa to Germany for racial experiments. More than a dozen skulls were eventually returned to Namibia in 2018 after decades of storage in German universities and museums.

The genocide wiped out around 80% of the Herero population and around half of the Nama population. It has also led to land inequalities and injustices that have continued to this day in Namibia, with descendants of German settlers often holding huge swathes of farmland. Neighboring Herero live in shacks in poor villages.

As part of the deal announced on Friday, the German government announced it would provide $ 1.6 billion in funding over 30 years for land reform, agriculture, vocational training, water, rural infrastructure and other purposes.

Maas said the two governments consulted the Herero and Nama peoples during their negotiations, but several Herero and Nama leaders said they would not sign the agreement. Some opposition leaders called it an “insult”. Other groups demonstrated in the streets of the Namibian capital, Windhoek on Friday, denouncing the deal and insisting on reparations for Germany.

“Bilateral agreements are not necessarily a reconciliation between people,” said Henning Melber, researcher at the Nordic Africa Institute based in Sweden.

In an online petition, three Herero and Nama organizations – including the Ovaherero Traditional Authority and the Nama Traditional Chiefs Association – said descendants of genocide victims had been “completely excluded from negotiations.” They called the deal a public relations gimmick for Germany and a betrayal of the Namibian government.

There was no official statement from the Namibian government after the deal was announced, but a spokesperson for Namibian President Hage Geingob told AFP news agency that it was a “First step” and that it would serve as a basis for future apologies and reparations from Germany. .

Our Morning Update and Evening Update newsletters are written by The Globe’s editors, giving you a concise summary of the day’s most important headlines. register today.

DGAP-PVR: HelloFresh SE: Release in accordance with article 40, section 1 of the WpHG [the German Securities Trading Act] with the objective of distribution on a European scale

Germany invests + 8 billion euros in 62 large-scale hydrogen projects; “We are making Germany a country of hydrogen”