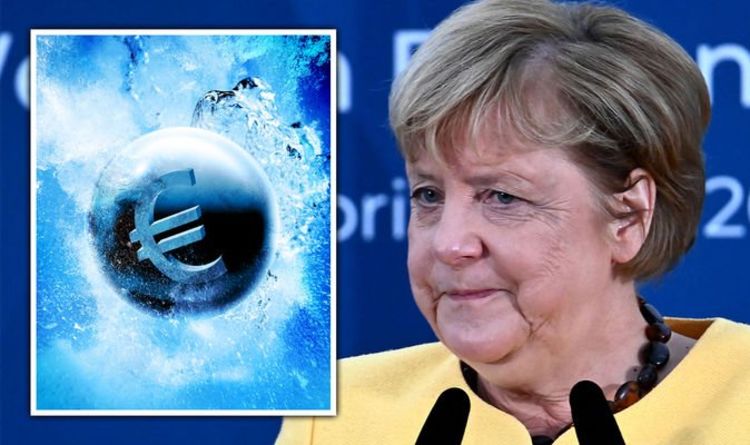 Germany on the brink of economic collapse as inflation sparks panic: “We must act! | World | New

Germany’s inflation rate exceeded 4.1%, its highest level in 29 years. The surge in inflation is believed to be due to an acceleration in the annual growth of energy prices, by 14.3%. Economists shared they wouldn’t be surprised if the European Central Bank (ECB) decided to cut back on asset purchases in 2022 to fight inflation.

He said: “The right ways to fight inflation lie with the federal government, not the ECB.

“These are only temporary factors! It has been the mantra of economists and central bankers for months about the dramatic rise in inflation rates below zero at times during the over last year to 4.1 percent in September.

“This is not wrong, but it is no longer a satisfactory response to inflation that is much higher and probably longer than expected.”

Speaking for n-tv, a German television news channel, Borowski noted that much of the price hike is due to “bottlenecks in global supply chains and the resulting increase in the price of certain products “, as well as the suspension of VAT in Germany.

He added: “Economists, and in particular central bankers, who have only recently ignored warnings of worrisome inflation, are now on the defensive.

“Critics of the European Central Bank, who have been raising the specter of inflation for years and now triumphantly reiterating their old demand for interest rate hikes in view of the current inflation trend, are still wrong.

“In Europe, the current price increases are not due to an expansion of the money supply or an overheated domestic economy, as some critics of the ECB claim, but rather energy shortages and bottlenecks imports.

“The ECB cannot do anything about it with its resources.

“On the contrary: a tighter monetary policy now called for by politicians like CSU leader Markus Söder makes investments more expensive thanks to higher interest rates. “

Mr Borowski concluded by suggesting that “the Germans are not completely helpless” in the face of inflation, and called on the next federal government to cut taxes to reduce the effects.

Other economists have voiced concerns over the skyrocketing inflation rate in Germany, with Jörg Krämer, chief economist at Commerzbank, telling the Financial Times: “The worst is yet to come.

He added that although price growth slows down somewhat next year, “in the long run we expect an inflation problem for Germany and the eurozone.”

Christoph Swonke, Economist at DZ Bank, added: “Significantly lower inflation rates can only be expected once the prices of important energy sources have subsided. “

It comes as German workers demand higher wages amid rising inflation, with some going on strike.

At the end of September, workers at motorhome maker Carthago went on strike for wages, demanding their share of the spoils of an increase in orders thanks to an increase in “stays” fueled by the pandemic.

Frederic Striegler, an official with the country’s largest union, IG Metall, said: “The RV industry has so many orders and so many profits and the employees just want a piece of the pie.”