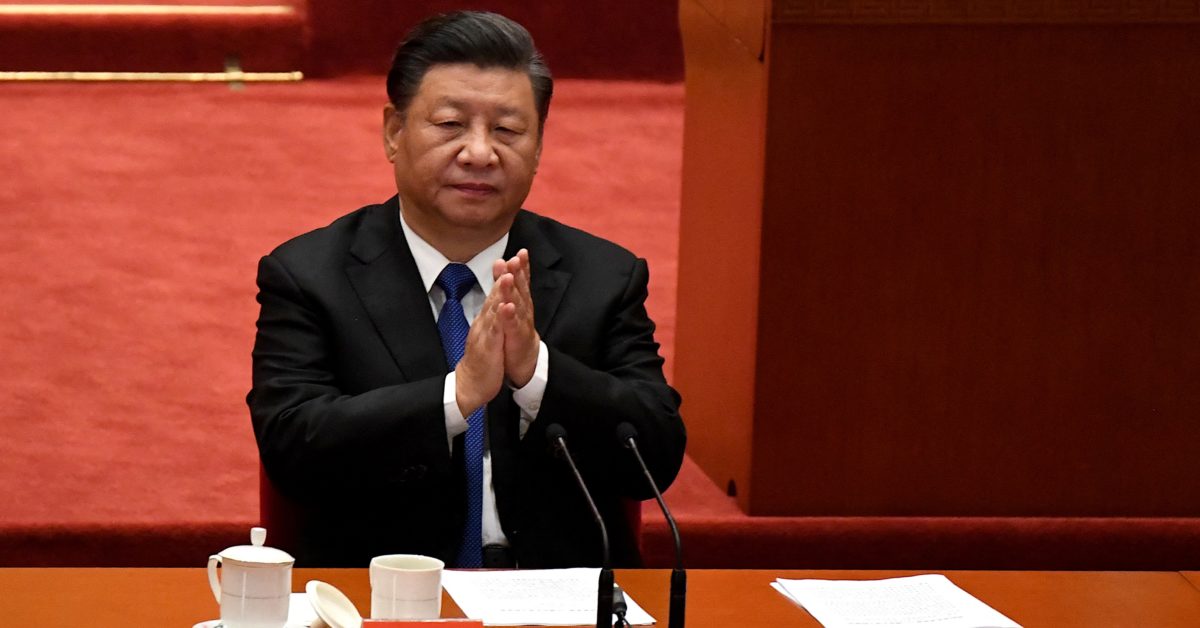 Maximilian Mayer is Junior Professor of International Relations and Global Technology Policy at the University of Bonn. Emilian Kavalski is the NAWA Professor at the Jagiellonian University in Krakow.

Chinese President Xi Jinping would like the world to think he has good reason to be confident about the state of international affairs. But look a little closer, and China, it seems, is much more fragile than it would like to project.

Much has been written about the shockwaves created by the controversial AUKUS defense pact between Australia, the UK and the US, and what that means for France and the transatlantic alliance. Much less has been written about what this means for China. And yet, Beijing’s response to the deal, which aims to lock it up, and the reactions of other countries in the region speak volumes about China’s position internationally.

Indeed, it is quite possible that we come to see this period not only as the moment when US President Joe Biden finally achieved the “Asian pivot” of US foreign policy, but as when China reached, at least. momentarily, maximum influence on the world stage.

One thing is clear, Beijing’s influence is currently waning. To take a vivid example, China’s flagship infrastructure project, the Belt and Road Initiative (BRI), has been underperforming for some time. Investments in infrastructure spanning Ethiopia to Germany and Iceland to the South Pacific have created an optimistic diplomatic rhetoric, but momentum is slowing and the positive atmosphere surrounding its initial phase has subsided.

With the BIS, Chinese overseas investments found themselves tied to complex local negotiations and shifting geopolitical coalitions. A political calculation has set in, especially in central and eastern Europe. The fanfare surrounding a thriving “17 + 1” block has died down. And Chinese leaders now find themselves embroiled in horrific bilateral feuds with the Czech Republic and, more recently, Lithuania – now seen as the anti-China vanguard.

All over Europe, China is left in a precarious position. The UK government is set to exclude China General Nuclear from building a £ 20 billion nuclear power plant on the Suffolk coast. And the EU – which has struggled to stay out of the Sino-US geopolitical struggle – recently launched the Global Gateway program to compete with the BRI. European observers in Beijing are also concerned that the outcome of the recent German elections could inevitably recalibrate Berlin’s strategic calculation on trade with China.

There is also something deeper troubling Chinese diplomacy: its foreign relations suffer from a lack of trust. After abandoning the veneer of non-interference in the international affairs of other states, China now exerts direct pressure on countries to change their political positions when they disagree with Beijing’s position.

Norway, South Korea, Lithuania and Australia have all been subjected to economic coercion, making it difficult to reconcile Beijing’s rhetoric of “common destiny” and “harmony” with its intransigent foreign policy. and his inner hypernationalism.

Another culprit here is China’s self-proclaimed “warrior-wolf diplomats”, whose belligerent interventions have tarnished the image of the Chinese state. Globally, perceptions of China tend to decline, a challenge for Beijing that has been compounded by revelations that it has actively lobbied World Bank officials to rig its economic ranking.

Beijing’s response to AUKUS was yet another demonstration that the country does not have a very versatile diplomatic toolkit. Apparently Chinese policymakers, media and academics have threatened “brainless” Australia that it will become a target for its nuclear weapons if Canberra goes ahead with the acquisition of US nuclear submarines.

But what AUKUS has really revealed is that Beijing has no supporters in the region ready to back up its threats and complaints. Russia reacted quite differently to the Anglophone Defense Pact. And with expressions of support for the alliance from India, Japan, Singapore and the Philippines, no country neighboring China except Malaysia seems to support its alarmist reaction.

It’s a stark reminder that Chinese military ambitions are not backed by soft power and regional legitimacy. So apart from nuclear threats and economic coercion, there appear to be few viable options at hand to counter the creation of AUKUS and the thriving Quad alliance between the United States, India, Japan and the United States. Australia. The country’s chances of becoming a member of the Comprehensive and Progressive Agreement for Trans-Pacific Partnership (CPTPP) are also slim.

More recently, the impact of the carbon energy crisis and soaring prices has also revealed how fragile China’s energy security really is. Energy self-sufficiency is not even a distant dream, as the country has no choice but to rely on global energy markets to keep the lights on and factories running. In recent weeks, Beijing has even had to lift its ban on imports of Australian coal and is preparing to import huge amounts of liquefied natural gas from the United States.

There’s an important takeaway from all of this: The narrative that the world is facing a new Cold War between China and the West needs a reality check.

A cold war needs two powerful protagonists capable of acting on the world stage. And while China may be emerging as an economic, military, and technological giant, the “hegemon in the making” is far more vulnerable and isolated than it likes to pretend.