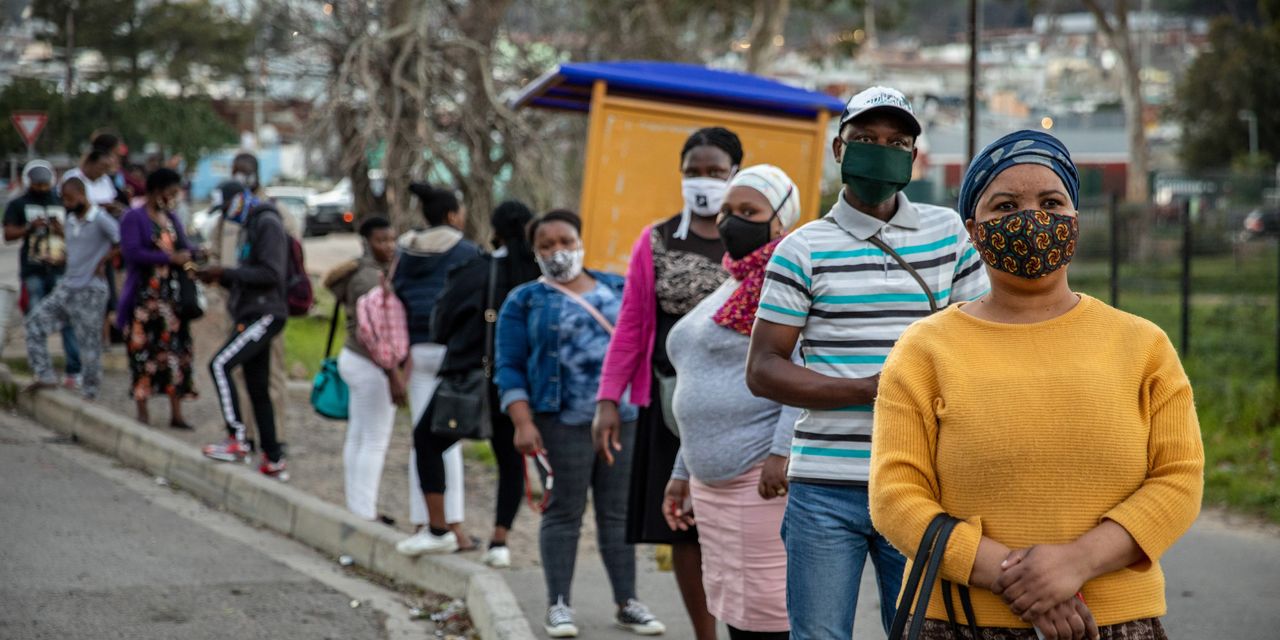 JOHANNESBURG – The International Monetary Fund has agreed to lend South Africa $ 4.3 billion, the largest loan an African country has received since start of the coronavirus crisis, underscoring the strength of the pandemic’s blow to the continent’s most developed economy and raising concerns among South Africans that the funds could encourage government corruption.

Since March, the IMF has approved more than $ 87.3 billion in loans to 78 countries, as it seeks to cushion the economic impact of the pandemic and ensure that governments can fortify their health systems to treat a growing wave of Covid-19 patients. South Africa is fighting the largest coronavirus epidemic in Africa, with 452,529 confirmed cases and 7,067 deaths.

The loan comes from the fund’s rapid financing instrument, which avoids a comprehensive IMF program tied to strict economic reforms and spending cuts. Some other countries in Europe and Latin America – notably Ukraine, Peru and Chile – have received larger amounts, but either in the form of precautionary credit facilities or as part of a complete economic overhaul.

The IMF predicts that the South African economy will shrink by 8% this year, the sharpest contraction since the end of apartheid in 1994. Finance Minister Tito Mboweni said IMF loans would help finance $ 500 billion. rand ($ 30.3 billion) Recovery plan approved in April. The government has struggled to pay unemployment benefits and special grants to families hard hit by restrictions on economic activity aimed at slowing the spread of the virus.

But the prospect of a sudden influx of money has also prompted thousands of South Africans to take to social media to warn of a new wave of government corruption. Allegations of inflated deals, awarded by the government as part of its response to the coronavirus, have made headlines in recent weeks.

Shortly before the announcement of the IMF loan on Monday evening, President Cyril Ramaphosa’s spokeswoman said she was taking time off to allow the investigation into two government contracts awarded to her husband to provide protective gear to women. health workers.

Get a coronavirus briefing six days a week and a weekly health bulletin once the crisis has eased: register here.

The allegations against Khusela Diko, who has denied any wrongdoing on her or her husband’s part, are embarrassing to Mr Ramaphosa, who has pledged to turn a new leaf in the scandalous presidency of his predecessor, Jacob Zuma.

According to South African media, a company owned by Ms Diko’s husband was awarded the R125 million contracts by the health department of the country’s largest province in April, days after Mr Ramaphosa announced a national lockdown. Reports claimed the department had paid prices higher than those published by the South African Treasury for masks, disinfectants and medical waste bags.

Ms Diko said the contracts were canceled at her request and no payment was made.

How To Provide Employees With Up To $ 5,250 In Tax-Free Student Loan Repayment…