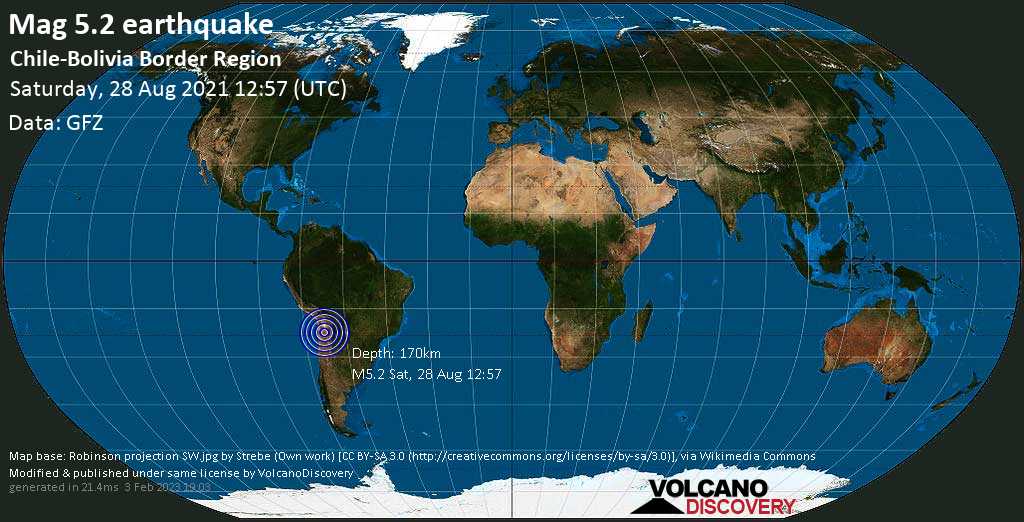 I felt this tremor

I didn’t feel it

Weather at the epicenter at the time of the earthquake:
Clear sky

If you felt this tremor (or if you were near the epicenter), share your experience and submit a short “I felt it” report! Other users would love to hear about it!
Also if you did NOT feel the tremor even if you were in the area, please report it! Your contribution is also valuable to earthquake science and seismic risk analysis and mitigation efforts. You can use your device’s location or the map to show where you were during the earthquake. Thank you!

Data for the same earthquake reported by different agencies

Info: The more agencies report the same earthquake and publish similar data, the more confidence you can have in the data. It normally takes up to a few hours for the seismic parameters to be calculated with near optimum accuracy.

User reports for this earthquake (4)

To contribute:
Leave a comment if you find a particular report interesting or if you want to enrich it.
Flag as inappropriate.
Mark as useful or interesting.
Submit your own user report!

Look for aftershocks or previous earthquakes

Based on its magnitude, the fault that was active during the earthquake ruptured over an area of ​​approx. 16 km2 (= 6 square miles) as a prime estimate. The length of the rupture zone was therefore probably about 7 km (4 mi).
Aftershocks typically occur during the days and weeks following the earthquake at or near the same fault, at distances of up to approx. twice the length of the rupture zone.
The often largely linear arrangement of the aftershocks of the aftershocks encompasses the main shock failure zone (check the map below to check).

Aftershocks recorded, latest first (0 earthquakes so far, frequently updated):
So far, no aftershock has been recorded.


Previous earthquakes in the same region

Please wait while we search millions of records.
It may take up to 20-30 seconds.

Click here to search our database for previous earthquakes in the same area since 1900!