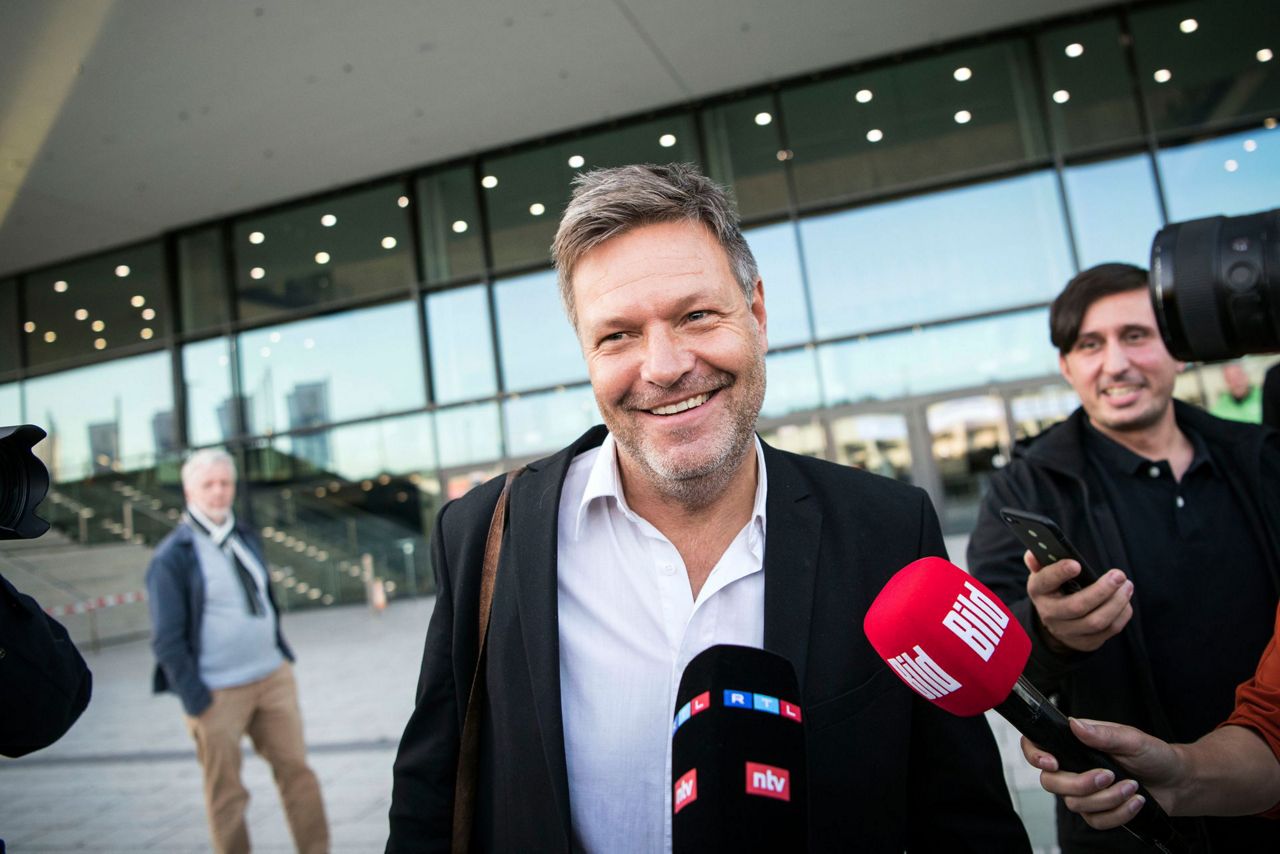 BERLIN (AP) – A leader of the Greens has said that the multi-party talks on the formation of a new German government have “a long way to go” and will have to bridge important political differences.

Center-left Social Democrats, Green environmentalists and pro-business Free Democrats held their first round of talks on a possible coalition on Thursday. If they do eventually succeed, the alliance would send the center-right Union bloc of outgoing Chancellor Angela Merkel into opposition after her 16 years at the helm of Europe’s largest economy.

Further discussions are scheduled for Monday and Tuesday. But the process of forming a new government can take weeks or months in Germany, and Merkel and her government will remain in a guardian role in the interim.

“We have a long way to go, and it will become very difficult,” Robert Habeck, one of the two leaders of the Greens, told Deutschlandfunk radio in an interview broadcast on Saturday. “The public will see that there are conflicts between the possible coalition partners.

Habeck identified finance as a particularly difficult issue in the talks – including how to finance investments in the fight against climate change and approaches to dealing with the debt that European Union countries have accumulated during the pandemic of coronavirus.

In recent decades, the Free Democrats have mostly allied with the Union, while the Greens traditionally lean to the left. A three-way alliance with the Social Democrats has been tried successfully in Germany at Länder level, but not yet within a national government.

If the negotiations result in a coalition, Social Democrat Olaf Scholz – the vice-chancellor of Merkel’s outgoing government – would become Germany’s new leader.

The Union is in turmoil after Armin Laschet, the governor of the state of North Rhine-Westphalia, led the bipartisan bloc to its worst electoral result in the September 26 vote. Speculation about who will take leadership of Merkel’s Christian Democratic Union, the dominant party, is in full swing after Laschet indicated his willingness to step down.

Outgoing Defense Minister Annegret Kramp-Karrenbauer – Laschet’s predecessor at the head of the CDU – and outgoing Economy Minister Peter Altmaier said on Saturday they would not take the parliamentary seats they won during elections. This will allow two young CDU members from their Saar region, Nadine Schoen and Markus Uhl, to take their place.

Follow AP’s coverage of the German elections at https://apnews.com/hub/germany-election

Copyright 2021 The Associated Press. All rights reserved. This material may not be published, broadcast, rewritten or redistributed without permission.