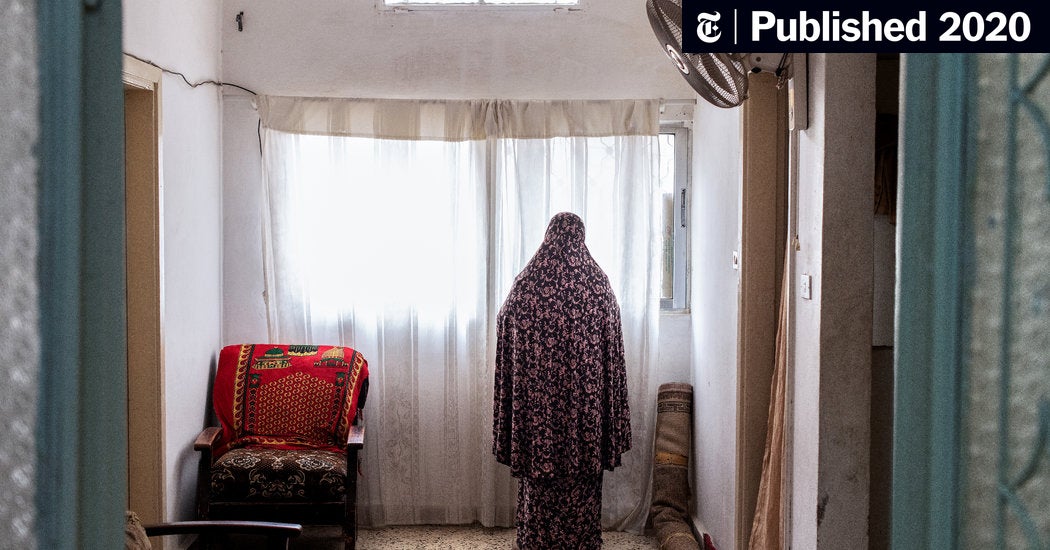 Microcredits, considered to be the salvation of poor women, trap many people in debt

RUSSEIFA, Jordan – Five years ago, Amira Hawamdeh took out a $ 423 loan to buy buttons and thread to make handbags and sweaters, and winter blankets to sell to her neighbors.

Microcredits like the one she used to start a small home-based business have been hailed as an innovative way to lift women out of poverty, empowering them to become entrepreneurs and contribute to the economy.

Increasingly, as Jordanian women take out microloans to fight unemployment and poverty, they find themselves trapped in a system that was supposed to help them. Hundreds of unregulated loan shops operate in Jordan’s flourishing microcredit market, offering easy credit but also high interest rates and penalties, and the threat of imprisonment if loans are not repaid.

Jordan is one of the few countries to criminalize debt. Nearly 2,000 people, or about 12% of Jordan’s prison population, are locked up for non-payment of loans, according to a national report supported by the United Nations Office on Drugs and Crime. Last month, the government delayed the incarceration of an additional 3,000 debtors to reduce prison overcrowding as part of an effort to fight the coronavirus.

Aid workers and activists say unscrupulous lenders often fail to explain the terms and risks of loans to borrowers, who are often financially illiterate and can be desperately poor.

“It is irresponsible to give a loan to someone who does not know the consequences,” said Sara Ferrer Olivella, director of the United Nations Development Program in Jordan. “It’s like giving someone an injection, and they don’t know what the side effects will be.”

Legal microfinance companies are calling for more oversight to crack down on deceptive practices that could plague the entire industry.

“In order not to defeat the goal of supporting micro-enterprises, more regulation is needed,” said Lina Bakhit, commercial director of Ahli Bank and vice-president of Ahli Microfinance Company.

The problem of poor women imprisoned for debt has become so serious that King Abdullah II called for a morning talk show last year on Mother’s Day here and urged Jordanians to support them.

He personally repaid the debts of 1,500 women and his appeal raised nearly $ 10 million to cover the debts of 6,481 other women.

Activists and relatives of those in debt have staged protests twice in the capital Amman in recent months, calling for the repeal of the law allowing a creditor to demand the imprisonment of a debtor.

When economist Muhammad Yunus founded the Grameen microfinance bank in Bangladesh in 1983, sparking a growing trend, the idea was considered revolutionary.

A free market system that replaced charity with small loans pledged to help poor women, and sometimes men, become productive workers. In many cases, women were already engaged in cottage industries, and the only obstacle to expanding their businesses and out of poverty was a banking system that was not set up to provide small loans. .

The idea spread, the microfinance industry exploded, and Mr. Yunus won a Nobel Prize in 2006.

In the Middle East, microfinance is still a relatively young industry, and in Jordan it has provided crucial assistance to people who cannot meet the loan requirements of normal commercial banks.

The World Bank’s International Finance Corporation and partners announced in 2018 that they are providing a $ 10 million loan to a microfinance institution in Jordan as part of an effort to support small businesses, entrepreneurs and the women.

Jordan, with an unemployment rate of nearly 20 percent, was a ready market. Even for those with a job, the average monthly income of $ 637 does not cover basic expenses.

Almost 70 percent of microcredit borrowers in Jordan are women, one to study find.

In addition to loans, women who have established successful home businesses have generally benefited from financial mentoring, family support, and a realistic marketing plan. Women who run home businesses are still expected to do all the household chores and care for their children.

But for tens of thousands of women, microloans have become virtual ATMs, a quick way to get money to pay rent or buy emergency medicine. Last year Social Development Minister Basma Ishaqat said at least 9,000 women were in arrears on loans of $ 1,400 or less.

This road can lead to growing debt and sometimes to jail.

Fatima Shetawi, who owes less than $ 706, is in hiding from an arrest warrant.

Reached by phone, she said she requested a loan of $ 600 from Ahli Microfinance. When the company asked her what she was planning to do with the money, she lied and said she wanted to open a home business.

Instead, she used the money to pay the rent.

“We thought it was a solution to help us, a way to survive,” she said.

The company didn’t seem to be concerned about where the money was going, she said.

“They never came to see if I opened the project or how I used the money,” she said. “The loan officers just called me to ask me why I couldn’t pay off the debt, and then an arrest warrant was issued for me. Now I am hiding.

Ahli Microfinance declined to comment on his particular case.

Officials at two credit companies who described their practices on condition of anonymity said they sent loan officers to check on their customers, but were not always able to verify customers’ situations.

In some cases, they said, women will only allow female loan officers in their homes; in others, the women may have already defaulted on loans before an agent could visit them.

Microloans have interest rates ranging from 22% to 50%, and many loan companies charge a processing fee of $ 70 to $ 280 in addition. In some cases, the interest rate may increase if payments are late.

Hanan Hassan, a mother of four in the central Jordanian town of Russeifa, sat on a thin flowered mattress in a nearly dark room whose cold white walls were covered in mold. Two empty buckets slowly filled with water escaping from the cracked ceiling. A bathroom, separated from the kitchen by a half-built wall, had no running water.

Stacks of papers were strewn on the floor next to her.

“All of these are legal warnings,” she said. There was more on his phone: an SMS alerted him of legal action for non-payment of a loan.

For 15 years, she took out microloans from six different regulated and unregulated companies to keep her family afloat.

“It was the only way for us to pay our bills,” Ms. Hassan said.

She took out other loans to repay the previous ones.

Rights experts say the imprisonment of debtors violates the International Covenant on Civil and Political Rights, but a few countries, including Saudi Arabia, Egypt and Yemen, still do. Likewise Mississippi state.

In Jordan, a borrower can be sentenced for up to 90 days per year per loan. If the loan is not repaid the following year, the borrower may be imprisoned again.

The imprisonment of mothers can wreak havoc on entire families.

“Sometimes a husband divorces his wife while she is in prison, and the family breaks up,” said Dima Karadsheh, a gender consultant and researcher who interviewed dozens of women released from prison for debt. “It’s the complete opposite of empowering women.

Ali Suleibi, legal adviser at the Justice Center for Legal Aid, said the entire microcredit industry in Jordan was an example of unleashed capitalism.

“The lack of financial literacy, lack of oversight and lack of attention to sustainability of home projects is amazing,” he said. “These companies go into hiding and then target vulnerable people. “

From her cold apartment in Russeifa, Ms. Hassan sees no way out.

Her husband drives a cab, earning $ 10-20 a day, while she embroiders traditional dresses, earning about $ 3.50 a week.

Ms Hassan said her husband had urged her to take out the loans and is now urging her to start another home-based project to generate income.

“He hasn’t understood this for years,” she said, “we are in this cruel cycle of debt and our future is uncertain.”