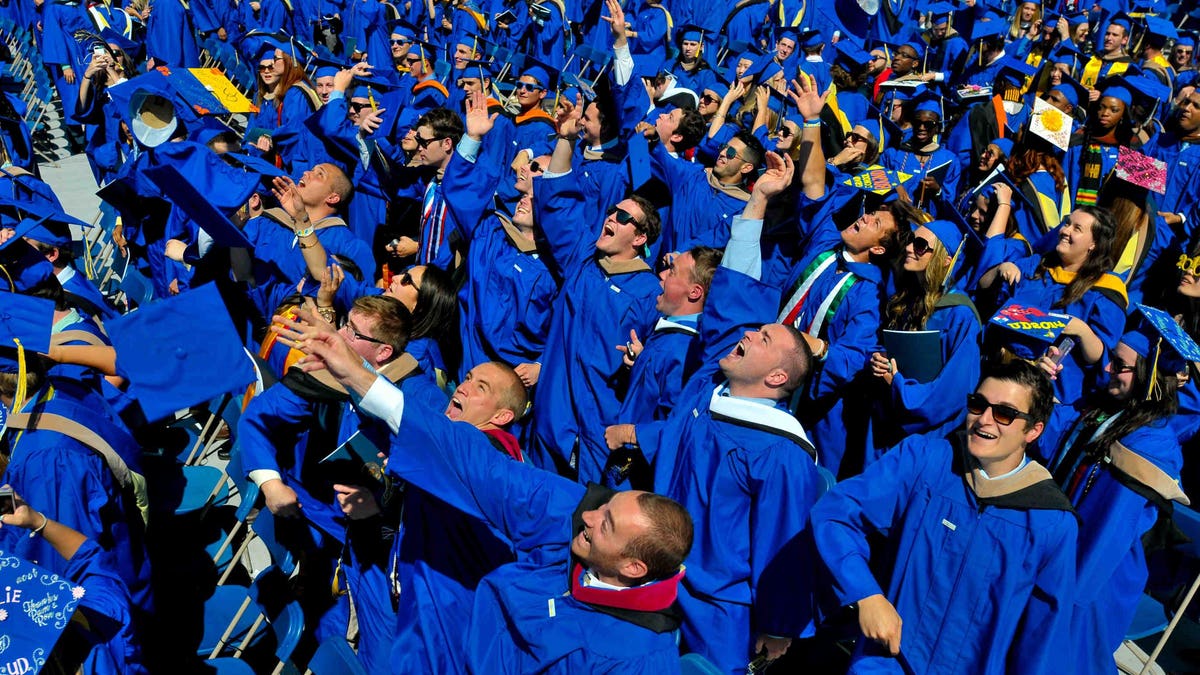 Last week I wrote an article describing the Millennials student debt with an undergraduate degree. This data looked at borrowing rates and the amount borrowed for students who graduated in three different years. While these data provide a first glimpse of student debt for this generation, it’s important to understand the differences in debt between different groups of students. Looking at the final year 2015-2016, this article will examine the differences in borrowing by different demographics for students who graduated in that year.

Borrowing patterns between racial / ethnic groups differ and can help us understand how debt affects student groups differently. There are differences between racial and ethnic groups both in the percentage of students who borrow for their studies and in the amount they borrow. The table below presents the borrowing rates and amounts for Millennial graduates by race and ethnicity for the 2015-2016 academic year.

As the table shows, black millennial graduates are much more likely to take out loans for their education, at a rate 17 percentage points higher than their white peers for a bachelor’s degree and 20 percentage points higher for an associate’s degree. Not only are black students borrowing at a higher rate, this data shows they are borrowing Following for their undergraduate studies. This is probably due to the racial wealth gap that exists in the United States forcing black borrowers to need more money to pay for their education. This holds true when we consider household debt in the United States at large. Black households are more likely to have student debt. Thirty-one percent of black families have student loans against only 20% of white families, despite the lower college attendance rate for black students than for white students.

Conversely, even though they suffer from racial disparities in wealth, Latinx Millennial graduates borrow at a lower rate than their white peers, especially at the associate degree level. Studies have shown that Latinx students are more likely to be opposed to loans than white students. Latinx students also borrow lower amounts than their white peers, which can be attributed to white students usually attend more expensive schools.

Women are more susceptible to enroll in college than men. Differences in borrowing exist between the sexes, although these are smaller differences. Median amounts borrowed for a bachelor’s degree are less than $ 300 difference. Women borrowers also borrow at a higher rate, but only five percentage points higher than men. The biggest disparity is at the associate’s degree level, where the female loan is 10 percentage points higher and about $ 3,000 more in total.

The federal government provides a primary source of financial assistance to low-income students to increase access to higher education and make it more affordable, the Pell Grant. Depending on a student’s family income and family size, low-income students may receive a Pell Grant to reduce the cost of higher education. The amounts vary according to the determined “need” of a student. The maximum grant for the 2019-2020 academic year is just over $ 6,000. The table below shows the Borrowing Rates and Borrower Amount for Millennium Graduates, broken down by whether or not the students received a Pell Grant in the 2015-2016 year.

Data shows that students who received Pell scholarships borrow at a much higher rate than their higher-income peers. To earn an associate’s degree, Pell students borrow at a rate nearly 16 percentage points higher. For a bachelor’s degree, the difference is larger, at 24 percentage points. These disparities show that the Pell Grant did not keep up with the cost of college. Not only do they borrow at much higher rates, but Pell’s students borrow more, reflecting a reality that the grant does not adequately “level the playing field” for these students.

How to withdraw a co-signer from a student loan?

How to withdraw a co-signer from a student loan?