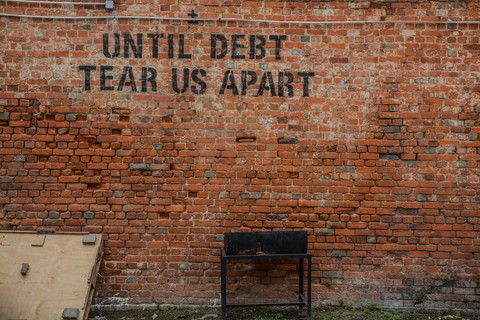 No need to change the debt ceiling

Katterl spoke at an online conference Wednesday (September 29) hosted by Fiscal Matters, a group of civil society organizations, along with other representatives of the EU’s ‘frugal countries’ – the Austria, Denmark, the Netherlands and Sweden.

He backed a recent letter they recently sent to the European Commission calling for a renewed effort to “reduce excessive debt” among member states.

“If a country is in debt, it reflects the fact that the country’s economy is not in balance,” Katterl said.

“Some parts [of the EU’s stability and growth pact] can be changed, “he said, joking that” the full pact in all its beauty is 300 pages. “

But the current EU debt and deficit limits should not be deviated, he said.

“The pact is not an obstacle for national politics – discipline does not mean austerity,” he said, adding: “If you benefit from the agreement, you should also help enforce the agreement. ‘OK”.

Katterl was the keynote speaker at Wednesday’s event.

He has headed the general economic policy department of the Austrian Ministry of Finance since 2002 and was instrumental in the creation of the European Stability Mechanism (ESM), an EU emergency fund set up following the 2008 financial crisis.

And according to a study conducted by the ESM itself in 2020, one of the unintended consequences was an increase in unemployment, followed by a brain drain – of around 10% of the working population between 2009 and 2017.

However, these facts were not brought up in the debate, and when discussing the contents of the letter, Katterl said he “saw no connection between domestic budgetary issues and the Stability and Growth Pact. “.

The case works, but not for everyone

Others were less convinced that member states benefited equally from EU debt and deficit rules.

According to Nobel Prize-winning American economist Joseph Stiglitz, also speaking in one of the debates organized by Fiscal Matters this week, the EU rules were a “calamity”.

After coming under political pressure from the German and Dutch governments following the 2008 financial crisis, Greece, Italy, Spain and Portugal were among the countries that cut public spending the most.

According to Stiglitz, these “austerity policies” led to another crisis – the euro crisis of 2010 – which resulted in a delayed economic recovery in the north and a stagnation or even a persistent economic contraction in the countries of the North. South.

“In 2000, Italy’s average standard of living was practically equal to that of Germany (98.6% of its GDP per capita). However, in 2019 Italy’s per capita income was over 20% lower than that of Germany, ”Austrian economist Philipp said. Heimberger of the Vienna Institute for International Economic Studies also wrote in an article published by Social Europe, a think tank.

“One explanation for this is that the value of the euro reflects the average strength of all the economies in the eurozone. This means that the common currency is too cheap for Germany (which boosts German exports) and too expensive for Italy, ”Heimberger said.

But confronted with these facts by economist Frank van Lerven, one of the organizers of Fiscal Matters, Katterl said that “it is not just about the money, but what to do with the money”.

According to Katterl, Greece, for example, received a lot of money, but it did not contribute to lasting goals.

“If you have a car with an empty tire, the problem is not solved if you put more fuel in the car,” he said.

“The Hanseatic League should have called for reforms before putting the pot of money on the table. This only gave countries like Italy an automatic right to money,” Benink said during the debates. on tax matters.

“If countries like Italy know that we are not giving free money, the political dynamic changes,” he explained.

According to Benink, Italy should only benefit from additional fiscal leeway if it promises reforms – “like labor market reforms”.

Every five years, they should show that they have kept their promise, how the country “will be rewarded” with access to new funds or a debt restructuring.

A difference of point of view

However, Italy has already carried out many liberal market reforms.

In 2015, the OECD estimated Italy’s “reform efforts” to be significantly more robust than those of Germany and France.

But, according to Heimberger, it came at a cost.

“Fiscal austerity has put pressure on domestic demand and, consequently, on economic growth,” Heimberger wrote in Social Europe, adding that “Italy’s austerity policy has led to a dismantling of the system. health care, which proved fatal during the Covid-19 crisis. . “

A taste of future dissent?

According to Katterl, the recent letter of the four frugal “represents a consensual point of view”.

But Danish and Swedish representatives in discussions on tax issues apparently disagreed.

Lisbeth Bech-Nielsen, Danish parliament member for the Socialist People’s Party, and Monika Arvidsson, research fellow at the Swedish Confederation of Trade Unions, both called for more flexibility in the rule for countries with high unemployment or those who wish to invest in green technology.

Dutch expert Benink also said: “There are differences between the countries of the Hanseatic League”.

The Netherlands are currently forming a new government, and “maybe the Netherlands will be less frugal and move towards Germany,” he said in the future.

For his part, Italian Prime Minister Mario Draghi reiterated Wednesday that the Stability and Growth Pact is “obsolete” and said there was “no danger” that it would return in the same form.

“Our budget is fundamentally important,” the prime minister told reporters in Rome. “Growth is the way out of the problem of high public debt.”

This point of view puts him in direct opposition to the views expressed by one of Austria’s foremost economic decision-makers.