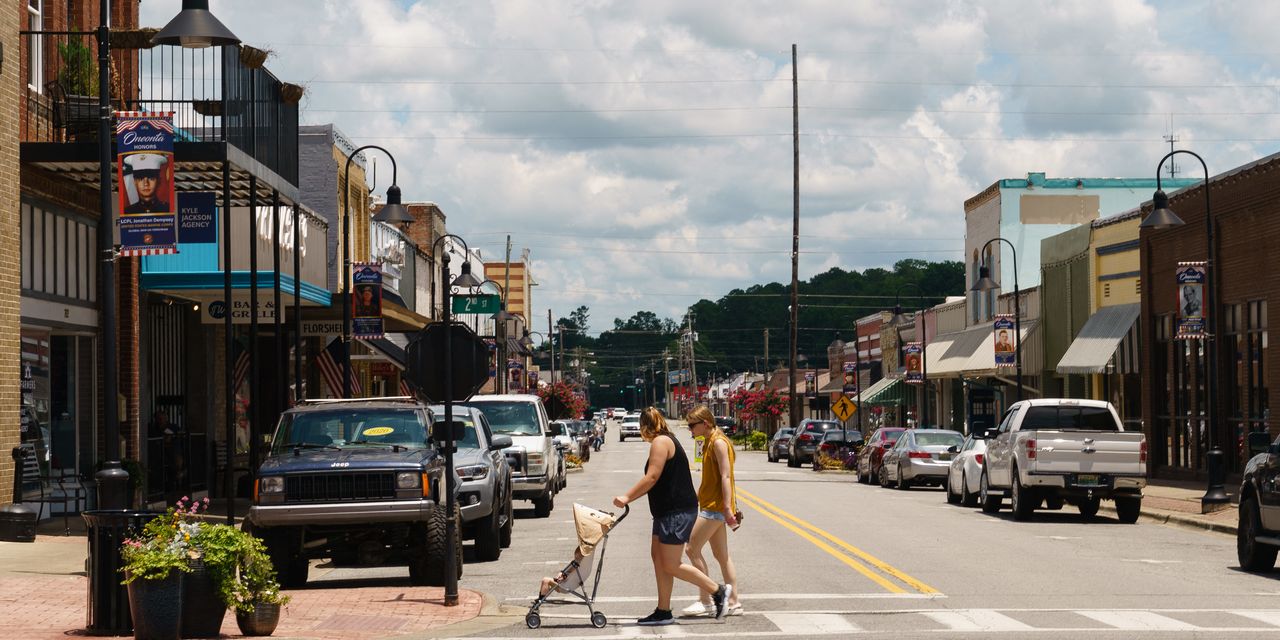 With or without a pandemic, parents know how to worry about the big and small things when it comes to their children.

The pandemic is fueling this anxiety, and a new survey from the Pew Research Center shows Americans are particularly pessimistic right now about the financial future of younger generations.

The majority of people polled on the issue in America and other countries since 2013 have already said that children would be worse off financially than they are. But 2021 marks the largest share of Americans – 68% – to say children will have a harder time since the question was asked.

Among more than 10 countries, Americans saw the second-largest increase from 2019 to 2021 in people saying children would be worse off financially than their parents.

“
In the United States, at least, the gloom was constant, with 71% saying the country’s current economic situation was bad.
“

As America – and the rest of the world – tries to emerge from the pandemic with a slow and uneven vaccination rate in the face of the delta variant of COVID-19, the Pew Study captures a bit of a paradox in some places.

From 2020 to 2021, the number of people who agreed that their country’s current economic situation is good increased in 11 countries. At the same time, people in six countries increasingly believed that children would be worse off financially – and sometimes it was in places where they increasingly said the current economy was good.

For example, 60% of Germans said their country’s economic situation is now good, up from 51% last year. At the same time, 50% of Germans also said children would be in a worse financial situation, up from 42% in 2019.

In the United States, at least, the gloom was constant, with 71% saying the country’s current economic situation was bad. Pollsters spoke to US survey participants in early February. It was a time when the number of cases was higher than today, and another round of economic stimulus was still more than a month away.

The National Bureau of Economic Research’s business cycle dating committee said on Monday that technically speaking, the pandemic-induced recession lasted from March 2020 to April 2020. It certainly doesn’t mean the financial pain ended there, and some experts say there is still a lot of room for improvement.

Earlier this year, researchers at Pew said there were 54 million fewer people in the global middle class as a result of the pandemic. (They counted this as families earning $ 10 to $ 20 per day.)

The latest survey does not look at what it means for young people to be in a worse financial situation than their parents. But other data points to some clues.

For example, the 2019 median wealth of older millennials (born in the 1980s) was 11% lower than researchers at the Federal Reserve Bank of St. Louis expected. That’s a smaller gap than the 40% deficit that researchers found in 2016, but it’s still a gap.

As the oldest of them enter their 40s, there is less time to catch up and take advantage of opportunities for wealth creation, the researchers said, noting that this demographic was the most in debt. , which makes them “particularly vulnerable to economic setbacks.”

On the bright side for children living in cash-strapped homes, July 15 marked the first advance payments under the enhanced child tax credit. The money, combined with other financial aid under the US $ 1.9 trillion bailout, could cut child poverty in half, researchers say. But, for now, the improved payments are only happening this year.

In America, people on both sides of the aisle were worried about children’s financial futures, the Pew study showed.

On the other hand, 76% of Liberal Democrats in 2020 said children would have more difficult financial times than their parents, but 70% felt the same in 2021.

Our kids will be worse off financially than us, according to survey of adults in 17 major economies