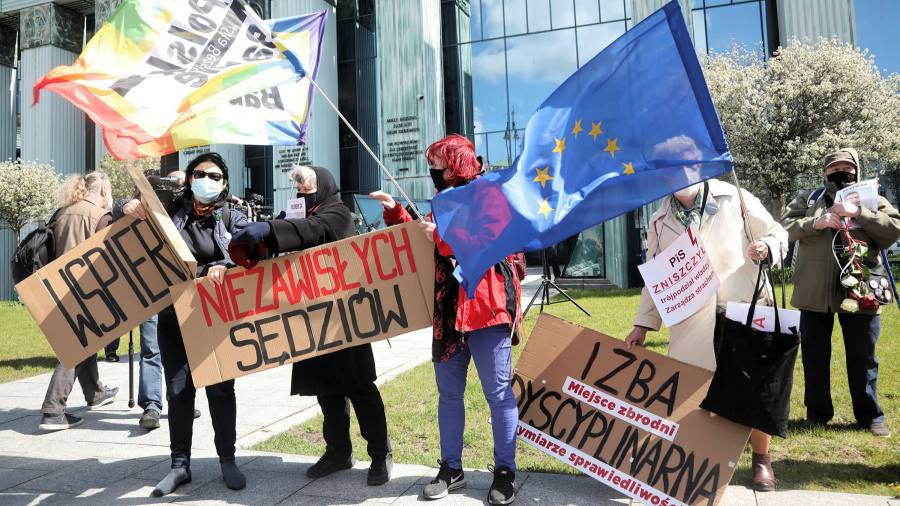 
Poland’s accession has been one of the great achievements of the EU since the former country of the communist bloc joined in 2004. Its economy is booming. Its citizens enjoyed freedoms and opportunities barely imaginable a generation ago. His security has been stepped up as an influential actor in a club of friendly nations. These achievements are now threatened due to the almost fanatical will of the government of law and justice to obstruct the Polish justice system, in blatant violation of the constitution and now in violation of its European obligations.

The Polish constitutional court ruled last week that Warsaw was not required to comply with the orders of the European Court of Justice concerning its judicial system. The orders in the case are instructions from the CJEC in Warsaw to immediately suspend the operations of a special chamber it created last year to discipline judges. The chamber is one of many steps the Polish government has taken in a campaign to bring down judges it considers disloyal. However, the next day, the European Court ruled the disciplinary chamber could be used as an instrument of political control. It was the third time that the CJEU condemned the Polish government for its attacks on judicial independence.

With its judgment, the Polish court rejected on judicial questions the primacy of EU law over national law, the legal glue that holds the EU together. It is true that other constitutional courts have also challenged the supremacy of EU law. The French Council of State did so in part earlier this year. The German Constitutional Court ruled last year that the ECJ overstepped its powers in approving bond purchases by the European Central Bank, even though the ECJ is supposed to have the final say.

The assault on Poland is much worse. The German court basically said that the CJEU had not done its job properly. His complaints were subsequently resolved. The Polish court said it did not recognize the authority of the ECJ, a betrayal of its obligations.

The politically inspired nature of Polish affairs is also overwhelming. Normally, it is the courts that refer matters to a higher level for clarification. In this case, it was a Law and Justice loyalist appointed to the Supreme Court who brought the case. Worse yet, the Polish court is still examining, in a separate dossier filed by Polish Prime Minister Mateusz Morawiecki, whether it should completely ignore the orders of the ECJ. The Constitutional Court itself has been illegally stacked with loyalists of law and justice. Some independent judges are hanging on to Polish courts, but they will no longer be able to use ECJ judgments to protect themselves. This was precisely the subject of the case. This is not just a battle between Brussels and Warsaw, but a judicial civil war inside Poland that an increasingly autocratic government is determined to win, let alone the constitutional niceties.

The European Commission has no choice but to take infringement measures against Poland for its contempt. He is also now expected to ask the court to impose a fine on Poland for failing to comply with previous orders. But to show real determination to protect the EU legal order, Brussels should now activate the mechanism that allows it to block EU funds to countries that do not respect the rule of law. There is no clearer example than today’s Poland.

If the Polish government does not like the obligations of being in the EU, then it should prepare to leave. Most Poles would shy away from the idea, knowing that membership has bolstered the country’s success. But their government’s actions are going to cost them dearly one way or another.

Solar energy is heating up the world’s labor market