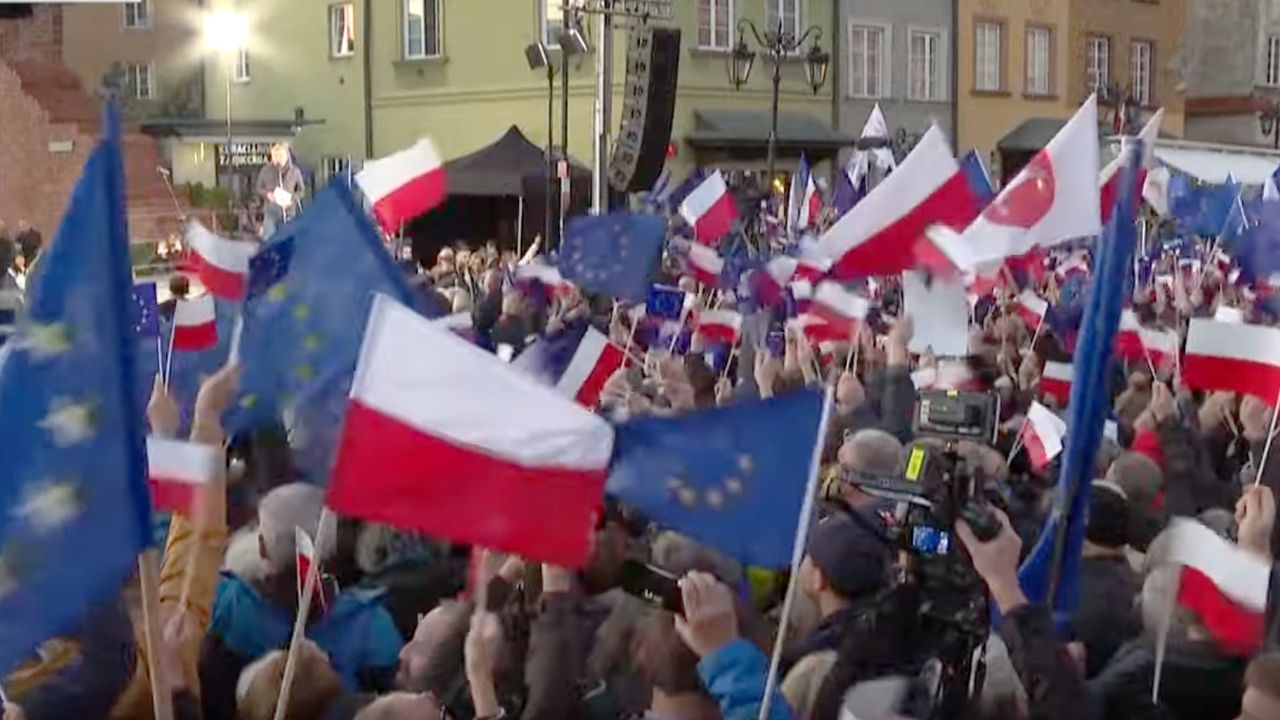 On October 7, the Polish Constitutional Court ruled that the European Court of Justice (ECJ) does not have the right to make decisions regarding the Polish judicial system, thus affirming the primacy of Polish national law over European law.

The decision, handed down by 10 votes to 2, further aggravated the political crisis in the European Union and also in Poland. Many observers interpret the ruling, issued at the request of right-wing nationalist PiS [Law and Justice Party] government, as a step towards “Polexit”, even if the government itself denies having asked for Poland’s exit from the EU. Since the decision, calls have been made for the EU to reduce its large subsidies to Poland.

The specific question in the court case was whether the provisions of EU treaties which give the European Commission a right to review rule of law matters are compatible with the Polish constitution.

The EU has long criticized the PiS for systematically subordinating Polish justice, and in particular the Constitutional Court, to its political interests, and for having infringed the principle of the separation of powers since it came to power in 2015. The Court Constitution is now almost entirely dominated by the PiS. Presiding Judge Julia Przyłębska is considered to be affiliated with PiS and close to PiS leader Jarosław Kaczyński.

The PiS government opposed it. Prime Minister Mateusz Morawiecki personally appealed to the Polish Constitutional Court to review the ECJ decision. The court has now ruled in his favor and has openly questioned the authority of the ECJ.

Justice Minister Zbigniew Ziobro celebrated the decision in overtly nationalist terms. He said it was a “very important decision” in a situation where Brussels and Berlin “treated Poland as a quasi-colony”.

The Polish opposition, led by the Liberal Civic Platform (Platforma Obywatelska, PO), which supports greater cooperation between Warsaw and the EU, and Berlin in particular, staged protests on Sunday against the Constitutional Court’s ruling. Donald Tusk, the main leader of the PO, was President of the European Council for five years until 2019 and has gained a reputation for being politically close to German Chancellor Angela Merkel.

Tens of thousands of people took part in the protests in the capital, Warsaw, according to media reports. Demonstrations also took place in other towns. However, the total number of participants is well below the mass protests against the abortion law last year.

The protests were mainly supported by the middle class layers who benefit economically from the integration of Poland into the EU and constitute the social base of the PO. Former Solidarność leader Lech Wałęsa, who played a central role in reintroducing capitalism in Poland, supported the protests.

The Financial Time, spokesperson for British and European finance capital, was particularly virulent in his opposition to the court ruling. The newspaper called the decision “the biggest challenge to EU unity than Brexit”. It was “a direct attack on the EU legal order, the glue that holds the EU together,” the newspaper wrote. He added that it was “regrettable” that the EU did not have a mechanism to “exclude” members like Poland. The only way to react was therefore to massively reduce European funds to Poland.

As the main net recipient, Poland receives around € 12 billion per year from the EU budget. The European Commission is currently examining whether Poland’s € 36 billion from the EU’s coronavirus reconstruction fund can be reduced. So far he has withheld these funds. Former Polish Foreign Minister Witold Waszczykowski publicly threatened that Poland would cancel an equally large part of its contributions to the EU if that happened.

The President of the European Commission and former German Defense Minister Ursula von der Leyen said she was “deeply concerned” by the decision of the Polish Constitutional Court. “EU law takes precedence over national law, including constitutional provisions,” she said. “We will use all the powers we have under the treaties to ensure that. “

Nevertheless, many media and MEPs criticized von der Leyen, who was elected president of the Commission thanks to votes from Poland and Hungary, saying she remains largely passive. Some MEPs have even launched a no-action procedure against the Commission to force faster action against Poland.

The conflict between the EU and Poland must be understood in the context of the deep crisis of European capitalism, growing tensions with the United States and preparations for war against Russia and China.

Berlin has so far kept a relatively low profile not only because the PiS supported the election of von der Leyen, but also because German companies are among the main beneficiaries of massive EU subsidies to Poland. According to a report in the Business Weekly WirtschaftsWoche, more and more German companies are closing their sites in Germany and relocating their production to Poland, where they benefit from both EU subsidies and extremely low wages from well-trained Polish workers.

Among the 5,800 companies with subsidiaries in Poland are Lufthansa and Siemens. Economic ties between Poland and Germany have been growing steadily for years. Germany is by far Poland’s most important export and import trading partner, accounting for around 28% in each direction. Since 1990, German capital has invested around 40 billion euros in the neighboring country.

Eastern European Economic Relations Committee chairman Oliver Hermes warned against restricting EU payments to Poland or even Hungary. He wrote that “delays in the allocation of EU funds also affect German companies in Poland and Hungary, as EU co-financed investments have been a key growth engine since 2004″.

Poland is also of crucial geopolitical importance. It plays a key role in the expansion of the Trans-European Transport Network (TEN-T), as all direct land links to the EU’s three Baltic States, Ukraine and Russia pass through Poland.

The Polish government, born out of the restoration of capitalism, plays a key role in NATO’s preparations for war against Russia. More recently, it has been at the center of NATO maneuvers such as “Defender-Europe 20”.

Since 1989, the Polish bourgeoisie has mainly oriented itself towards a military alliance with the United States. Unlike the previous PO administration, the PiS government refrained from closer military cooperation with Germany. Instead, he seeks to build an alliance of Eastern European states on the model of the “Intermarium”, directed against both Russia and Germany.

Under Donald Trump, Washington openly supported this policy. The Biden administration’s growing focus on preparations for war against China and its efforts to ease the conflict with Russia somewhat, at least temporarily, can now undermine Warsaw’s adoption of this focus.

At the same time, there are discussions in Germany as to whether the “Intermarium” strategy could be used in its own interests. A policy paper from the pro-government Stiftung Wissenschaft und Politik (Foundation for Science and Policy) argued that Berlin should “pursue a policy of self-serving and benevolent involvement” despite Polish resistance to Germany’s admission in order to to “position itself in the region as an economic geo-actor alongside the United States as well as China and Russia.

The conflicts within the Polish bourgeoisie, the dispute between the EU and Poland and the growing threat of war are ultimately the result of the intensification of international conflicts and class tensions caused by the coronavirus pandemic.

As in other Eastern European countries, the pandemic has claimed a particularly high death toll in Poland, mainly due to the dire consequences of the capitalist restoration 30 years ago, and it has exacerbated the political crisis. of the PiS government, which is now rejected by more than two-thirds of the population. With its aggressive nationalist course, the PiS is trying, in particular, to distract attention from the protests and growing strikes in the country.

On the basis of the struggle for the United Socialist States of Europe, the working class must formulate its own response to the crisis of European and world capitalism, independent of all factions of the ruling class.