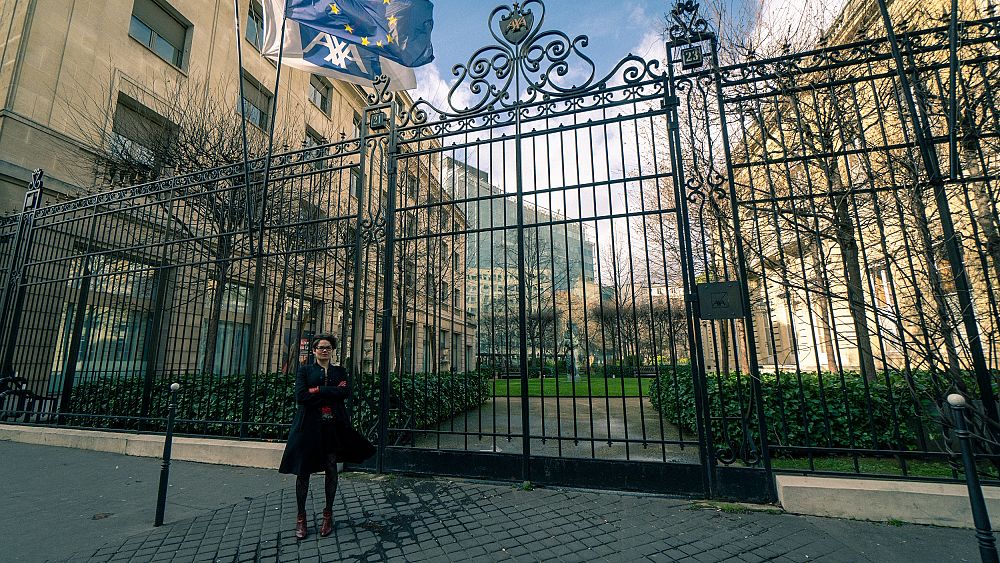 _Camille Khellaf is studying for a Masters in Journalism at Falmouth University. Here she is speaking to an activist who is persuading European financial institutes to stop investing in fossil fuels. _

When world leaders at the G7 summit in Cornwall last June announced their plan to accelerate the shift away from coal, one climate activist was already several steps ahead.

Lucie Pinson persuaded some of Europe’s biggest financial institutions to pull out of coal investments. At first, they did not understand the gravity of the climate crisis.

“It is not their priority,” Pinson says, “these institutions are not primarily designed to defend the planet.”

Today, she has pushed three powerful French banks and insurance companies AXA and SCOR to end their support for coal – a blow to Europe’s fossil fuel industry.

Pinson had to learn the language of the market to convince them that coal financing was just bad for business, but time is running out to meet climate goals.

Awarded last year with the prestigious Goldman Prize for the environment, Pinson studied political science at the Sorbonne in Paris. She has no background in economics or finance, but kept the conversation going with these big institutions about what she saw as the fatal flaw in their business strategy.

It was clear to her that insurance companies “were slowly killing the people they insured and were there only for profit.”

Coal energy is a major source of carbon emissions that cause global warming. Search by NGO Recover Finances shows that Europe can only maintain a temperature increase of 1.5 ° C, as foreseen in the 2016 Paris Climate Agreement, if it abandons coal-fired power generation by 2030 at most late.

This was not, however, the main argument used by Pinson. The latest research from Harvard University shows that air pollution from fossil fuels killed more than nine million people, or 18% of total deaths worldwide in 2018.

According to this study, Europe has the most concentrated levels of air pollution from fossil fuels and some of the highest death rates.

“They are the risk managers of our society, it is up to them to protect us but at the same time, they ensure an industry that threatens our future and causes thousands of premature deaths per year,” she explains.

Allianz and Generali were the two largest coal insurers in Poland, selling life insurance throughout Europe.

“Pollution from Polish coal-fired power stations has not only affected the Poles, but also the Germans and Italians,” Pinson told the NGO coalition Unfriend Coal in January 2018.

When the insurance company AXA wanted to make a high-level climate declaration during the One Planet Summit 2017 of French President Emmanuel Macron, Pinson contributed to the drafting of a new insurance and investment policy in the coal.

Its strategy is not to wage war on finance, but rather to give advice. It’s a carrot and stick approach, Pinson says. It offers environmental policies adapted to their economic model, but does not hesitate to call them to account publicly.

“Collaboration and dialogue, combined with evidence, are more effective in achieving tangible and lasting change. “

For this to happen, Pinson is all too aware that financial institutions must keep their environmental promises and keep their promises. They don’t always have the tools and the data to measure results in this area because it is not part of their corporate culture.

“The financial world is completely depoliticized and dehumanized,” she says.

“It is possible to have a career in the banking world without thinking for a single second of the impact of the activity of the institution for which you work, on the climate or on people.

In 2020, Pinson founded Reclaim Finance, an NGO that campaigns to raise awareness of the impact of businesses on climate and social justice. At the same time, the organization’s team persuaded some of the world’s largest private and public financiers to end funding for coal and fossil fuels.

Their success stories include names such as AXA, SCOR, BNP Paribas, the Norwegian Pension Fund and the European Investment Bank.

It is a complex task to balance short-term social and economic well-being with long-term environmental health. Workers and communities that depend on fossil fuels will be affected by the withdrawal of investments in industry, and nations rich in hydrocarbon resources will be forced to reinvent themselves.

The Global Commission on the Geopolitics of Energy Transformation advised in 2019 that “a rapid abandonment of fossil fuels could create a financial shock with significant consequences for the world economy”.

But Sarah Brown says that with good planning, this can be mitigated to ensure that “all countries are able to move away from coal in a fair, equitable and timely manner.” Brown advocates policy initiatives to retrain and redeploy workers from fossil fuel-related jobs and into renewable industries wherever possible.

This is an argument that is not difficult to make, says energy strategist Didier Julienne, who writes for Le Monde.

“The geology of hydrocarbons (as a source of energy) has no future and will disappear from collective memory,” he predicts.

Once fossil fuel companies accept this as inevitable, Julienne says they “should reinvest their immense skills and knowledge in a large-scale industrial alliance closely linked to the energy transition.”

It’s not over until it’s over

For now, the campaign for clean and sustainable finance is far from over, says Pinson. It draws up a list of international financial players – Intesa in Italy, Deutsche Bank in Germany and British banks like HSBC or Barclays’ – which are still financing new coal projects around the world.

Pinson now also has oil and gas in its sights. It aims to persuade French financiers to leave the sectors most at risk of climate such as shale gas, tar sands, the Arctic and deep-water drilling.

Bursting with energy and convinced that she can find a language a business understands, Pinson is apparently not intimidated by the task ahead. She doesn’t relax and, armed with the latest facts and figures, tweets around the clock, translating her message to a wider audience.

Driven by a sense of urgency, she says she has no choice but to win the argument.

“I dare not think of failure in what we’re doing,” Pinson says.

“It is our responsibility to make sure that the blows that happen are as gentle as possible. Every tenth of a degree of warming will impact thousands of people. “

This article is part of a 2021 series between Euronews Green and Falmouth University.

Which are the best banks for foreigners in Germany?