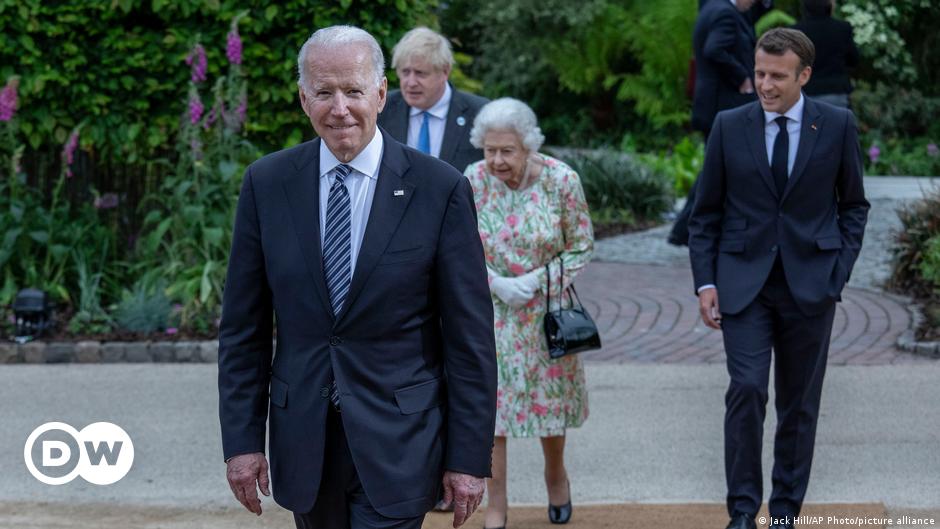 
The wealthy industrialized nations of the Group of Seven (G7) and the EU present a harmonious front when they summit in the Cornish seaside resort of Carbis Bay in southwest England. Diplomats seem delighted that new US President Joe Biden is once again making transatlantic cooperation possible.

As heads of state and government gather in small groups or stroll along the beach, the United States is doing its best to persuade the G7 states to take a tougher line on China, a said a German diplomat involved in the negotiations. He said President Biden said China’s efforts to become the world’s strongest economy were the biggest challenge of this century.

Biden needs to be strong at the G7 summit in order to control the critics and supporters of his predecessor Donald Trump, Anthony Gardner, former US ambassador to the EU, told DW from Brussels. European states would do well to follow Biden if they want to prevent Trump from returning to the presidency, he added.

German G7 delegates gave the impression that they generally agreed to take a solid course towards Beijing. They said human rights violations – as it relates to the Uyghur minority – the pro-democracy movement in Hong Kong or dissidents on the mainland, should be raised and condemned.

However, the EU’s attitude at Carbis Bay is that China is not just a systemic and economic rival, but a necessary partner in many areas. German Chancellor Angela Merkel said there could be no real progress on the climate crisis without Beijing. After all, China is the biggest emitter of noxious gases. It aims to be carbon neutral only by 2060, when the EU has set 2050 as a target.

An American diplomat said Joe Biden had criticized forced labor in China, especially concerning the Uyghur minority, “very strongly”. He acknowledged that many Europeans had also condemned forced labor, but said they disagreed on how to respond. An EU diplomat said the sanctions must have an effect and not just be symbolic.

The United States is more concerned than the EU about China’s military provocations and threats in the South China Sea, which will be on the agenda for Monday’s NATO summit.

The United States and the EU have imposed sanctions on China due to human rights violations. However, before doing so, the EU signed a trade deal with Beijing that Washington was very critical of.

The Comprehensive Agreement on Investment (CAI), which has not been ratified, is currently frozen. The European Parliament refuses to debate it as long as Beijing maintains its sanctions against European lawmakers.

What’s new is that the wealthiest democracies in the G7 have agreed to establish a global infrastructure partnership. Biden came to Cornwall with the firm intention of completing his “Build Back Better World” investment plan. Summit host British Prime Minister Boris Johnson, who envisions a new transatlantic link between North America and Europe, welcomed the idea.

As of yet, it’s unclear how this will actually work. What is clear is that it will be a sort of alternative to China’s Belt and Road Initiative, diplomats said in Carbis Bay. Since 2013, China has established economic partnerships with dozens of the poorest states in the world in Africa, Asia, Latin America and Europe, in which it is said to have invested 3.4 trillion dollars (around 2.8 trillion dollars). Billions of Euro’s). 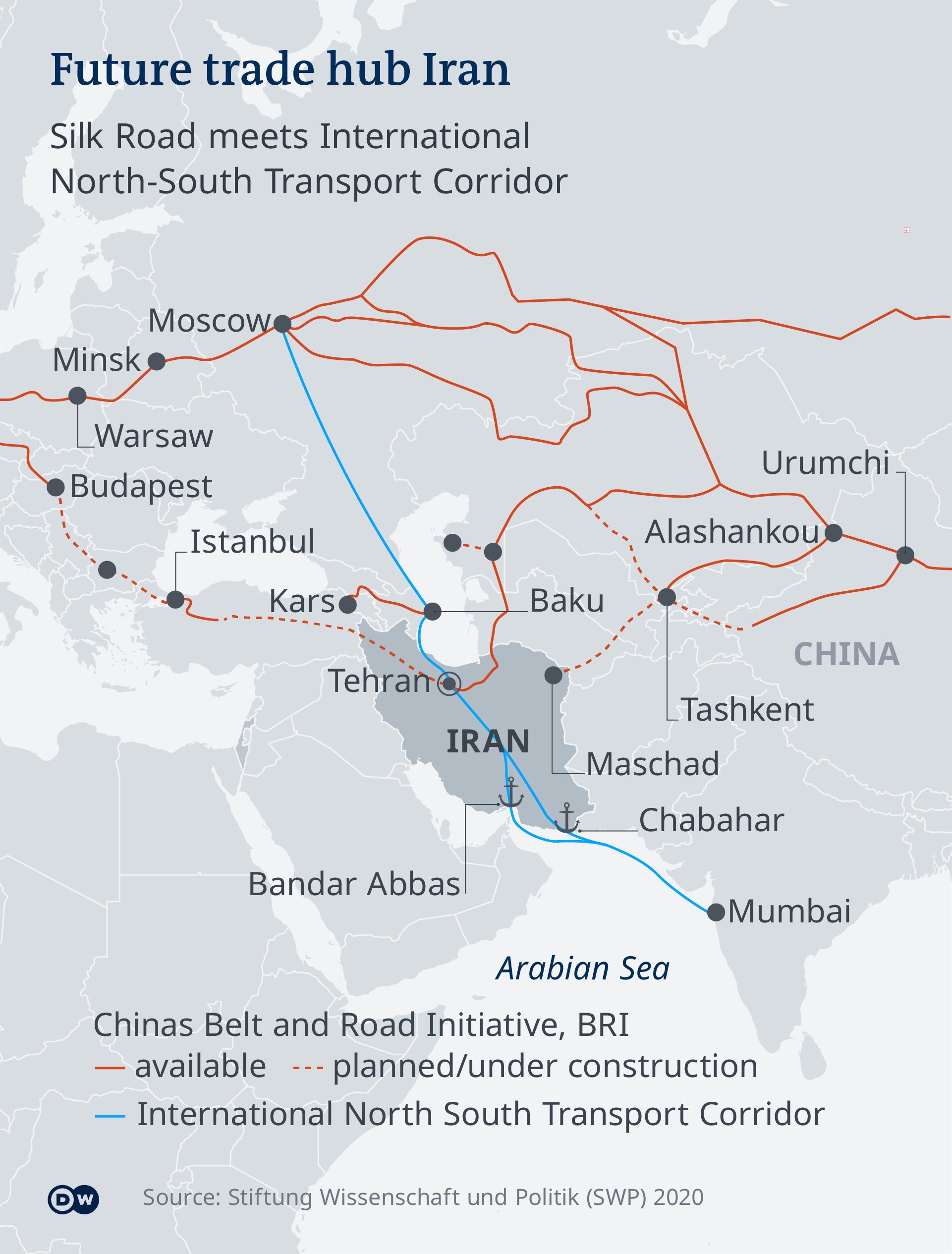 The partners were attracted by cheap loans and huge investments in infrastructure, such as roads, railways and ports. Beijing hopes to strengthen its political influence in the world through this cooperation.

Critics of the project – also known as the New Silk Road – say Beijing does not ask questions about good governance, corruption and human rights when allocating funds.

Greece, Hungary and Italy are just three of the 15 EU Member States involved in the project. 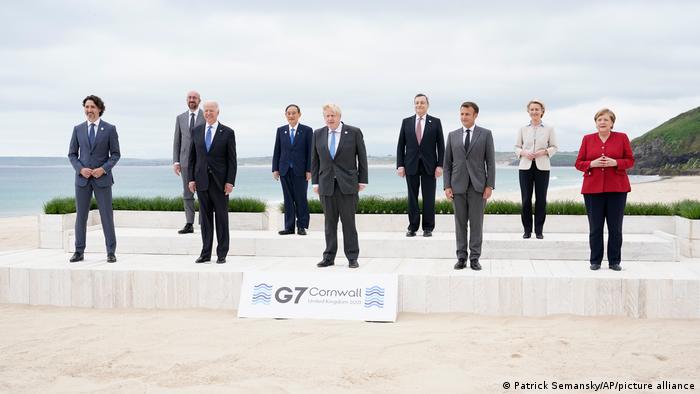 “Details to be discussed”

The G7’s alternative infrastructure plan is supposed to mobilize billions. Although it has not yet been clarified where the money will come from, the White House has indicated that private capital could be invested in a fund. A senior European diplomat said the idea was also to better coordinate and promote already existing investment projects.

“It’s not as if the G7 states aren’t already a very big investor in the world,” said a G7 diplomat. But this new initiative will not only involve investing in railways, bridges and roads, but also establishing factories, where vaccines can be produced, for example, according to G7 resolutions. No decision has been made as to who will manage the initiative and from where. “Many details have yet to be discussed,” said an EU diplomat familiar with the matter. 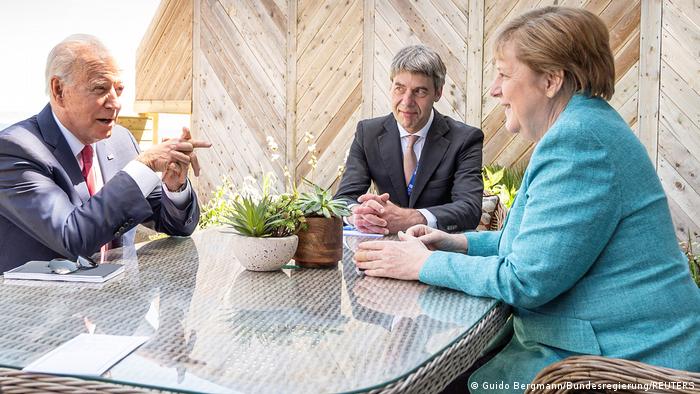 The EU has warned that it should not be about establishing a US-led anti-China coalition. “From Washington’s point of view, Germany in particular is seen as a stumbling block,” said Reinhard Bütikofer, member of the European Parliament from the Greens. “Merkel’s government is one of the most difficult stumbling blocks in the development of transatlantic relations. In the Chancellor’s office there is a lot of skepticism.”

He explained that the German Chancellor was skeptical of Biden’s firm stance on Beijing due to Germany’s strong economic interests in China’s export market.

Angela Merkel and Joe Biden will soon have the opportunity to discuss these issues – and more – in more detail when the German Chancellor becomes the first top European leader to visit the new US president in Washington next month.

This article was translated from German.