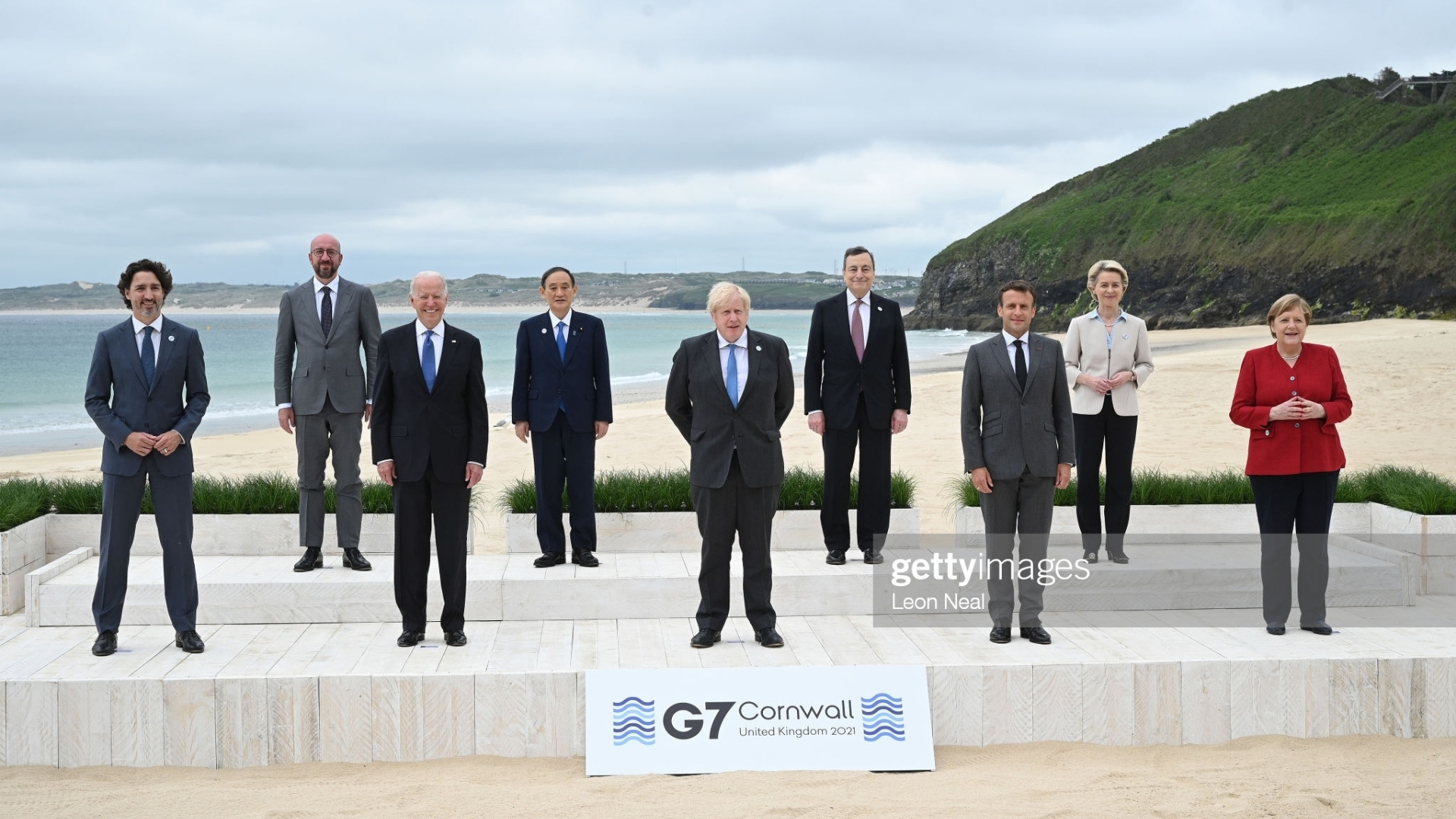 
To receive China Influence Monitor directly to your inbox, sign up here

The party-state was at the center of concerns at this week’s G7 and NATO summits, with a barrage criticism of human rights, the secrecy of the covid-19 epidemic, the bullying of Taiwan and many more. Western countries have agreed on new initiatives to stimulate resilience; NATO is changing its focus somewhat to strengthen deterrence in the Pacific region.

Beijing’s response has been splendid. But the problem for Chinese cheerleaders is that the propaganda lines are contradictory. Either the West is in irrevocable decline and worthy of mockery, or it is a looming hegemon bent on destroying China. But it can’t be both.

Foreign Ministry spokesman Zhao Lijian took the first approach. “The United States is sick, and they are very sick. The G-7 should take the pulse of America and prescribe drugs, ”he said.

But the Global Times has highlighted an elaborate allegory cartoon, on the model of The Last Supper by Leonardo da Vinci, which has gone viral on social networks. It depicts the G7 summit participants as animals sitting around a table on a cake in the shape of China. In the center is the United States: a bald eagle, printing money with toilet paper. Australia is a money-hungry kangaroo, Canada a doping beaver, France a rooster, Germany a hawk, India an elephant (tastefully attached to a hospital drip), Italy a wolf , Japan a dog (which serves radioactive water to guests) and the United Kingdom a lion.

It’s not very biblical. But the biggest problem is the other contradictions. Who is Judas? And if the United States plays the part of Jesus, it implies a glorious triumph over death later in the week.

You can’t get a voucher symbologist these days.

The combination of diligence and cultural awkwardness means the artist, who goes by the name Bantonglaoatang, hands down this week’s Wolf Warrior Award.

Elsewhere on the propaganda front, the Times investigation how the CGTN hires UK students as ‘influencers’. They receive cash prizes and the promise of jobs in return for praising China’s human rights record and exposing Western critics.

Turkmenistan says he has refund its pipeline debt to China. But the finances of the Central Asian autocracy are so impenetrable that it’s hard to say what that means, notes EurasiaNet.

It’s an equally murky story in Kyrgyzstan, where the Zhongda oil refinery, one of China’s biggest investments, is creating much-needed jobs at horrific environmental cost. He work stopping when the Covid hit. No one knows why.

Indebted Tajikistan is accused of deport Uyghur dissidents in China. Lawyers are investigate that, and a similar story in Cambodia.

And anti-Chinese protests are rumbling in Kazakhstan, with predictable accusations of “sinophobia”. Considering the way the party-state treats ethnic Kazakhs in Xinjiang, it’s surprising that Kazakhs in Kazakhstan don’t make more fuss.

Authorities scramble the conversation. We clarify it with journalism.

Berlin-based think-tank Merics has a deep dive on China’s investment collapse in Europe, which hit a 13-year low in 2020. Poland, surprisingly, is the second most popular destination. More than half still goes to just three Western European countries: the UK, Germany and France.

Another counter-intuitive study indicates that Chinese investments in coal around the world are slow down too much. Since 2017, four and a half times more of these climate-damaging projects have been canceled than ordered, according to the Energy and Clean Air Research Center (CREA).

Chinese energy and infrastructure giant Three Gorges wants invest in the Spanish electricity grid. Exactly the kind of deal that would have gone without comment a few years ago. Now a hubbub is brewing.

What we watch (and I wish I hadn’t)

The horrible song “The CCP Makes China Great” was recorded in English, with seductive and other kitsch hand gestures.

Isobel Cockerell of Coda Story, Makuna Berkatsashvili, Mariam Kiparoidze and Michael Newton of CEPA contributed to this week’s China Influence Monitor, a joint project of CEPA and Coda Story. register here to receive the next issue straight to your inbox.

The story you just read is a small piece of a complex and ever-changing storyline that we follow as part of our coverage. These global intrigues – whether it be the disinformation campaigns fueling the war on truth or new technologies reinforcing growing authoritarianism, are the crises that Coda covers relentlessly and with singular focus. But we can’t do it without your help. Support the journalism that stays on the story. Coda Story is a US 501 (c) 3 non-profit organization. Your contribution to Coda Story is tax deductible.

Pressure on big tech rises as Biden chooses another reviewer for key post on Justice,…