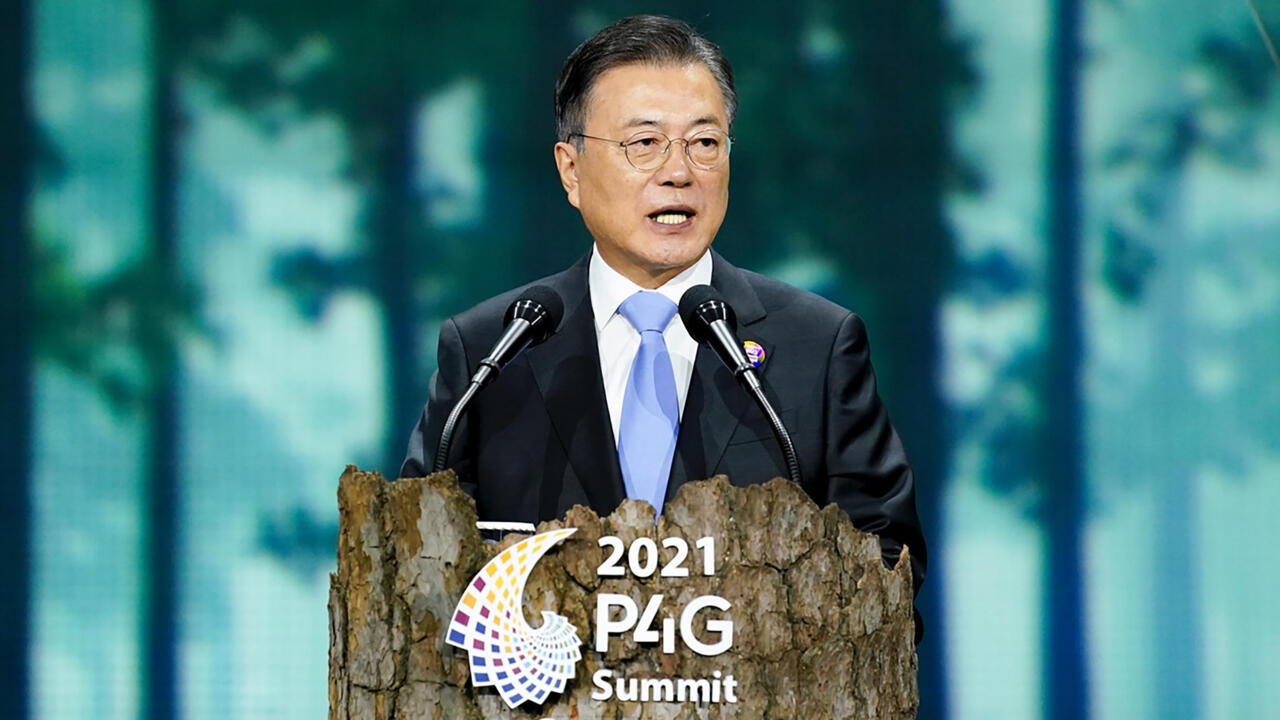 World leaders called on Sunday for more action and to include all countries in the global momentum towards a cleaner, greener planet at a climate summit hosted virtually by South Korea.

South Korea – which recently announced plans to cut funding for international coal projects – is looking to play a bigger role in the global initiative to go green.

“South Korea will play a responsible role as an intermediary nation between developing and advanced countries,” President Moon Jae-in said at the opening of the 2021 Partnership for Green Growth and Global Goals summit 2030, or P4G.

The two-day summit is the second of its kind after the inaugural meeting held in Copenhagen in 2018 and focuses on public-private partnerships, particularly in developing countries.

German Chancellor Angela Merkel called on countries to phase out their dependence on fossil fuels, warning that climate change threatens people’s lives and the economy as much as the Covid-19 pandemic.

Earlier this month, Germany tightened its CO2 emissions reduction targets – including a 65% reduction in emissions by 2030 – after a landmark ruling by the country’s highest court said that a flagship law on climate protection was “insufficient”.

“It’s a good start, but let’s not congratulate ourselves just yet because our planet and our people need more,” he said.

“We need governments that will not only make promises on climate and nature, but that combine those words with deeds.”

World leaders pledged under the 2015 Paris Agreement to keep the global temperature rise below two degrees Celsius – and ideally closer to 1.5 ° C – by 2050.

Yet many of the largest emitters have so far failed to live up to their commitments and countries have not even agreed on a unified regulation governing how the Paris Agreement works in practice.

The UN says emissions must drop by nearly 8% per year to keep 1.5 ° C in play, which is equivalent to the emissions saved during the pandemic each year through 2030.

World leaders also stressed the importance of ensuring that the poorest countries are not left behind in the global initiative to go green.

African countries must not be “locked in” to fossil fuels and be able to move forward with the rest of the world, French President Emmanuel Macron said, calling for ways to attract large-scale investment in renewable energy.

“It is not a global partnership if some are struggling to survive,” added UN Secretary General Antonio Guterres.

“Tackling climate change head-on will help protect the most vulnerable people from the next crisis while supporting a job-rich recovery from the pandemic,” he said.

The World Bank estimates that between 32 million and 132 million more people could fall into extreme poverty by 2030 due to the effects of climate change.